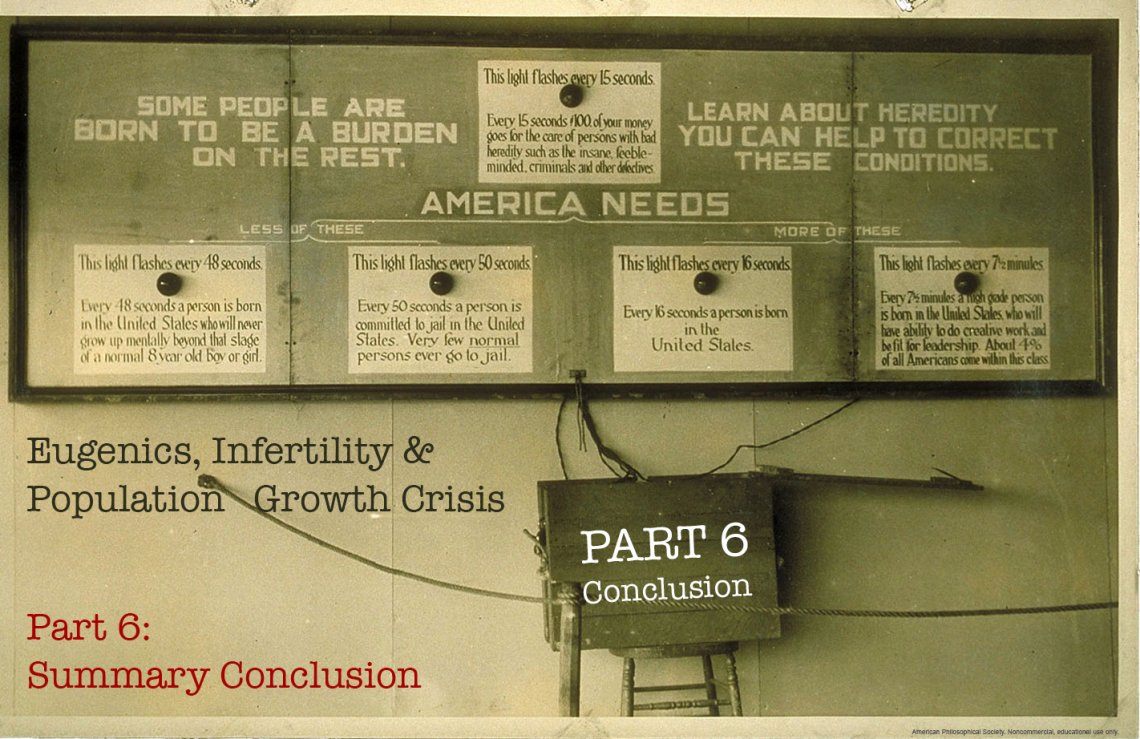 Are they trying to heal the world OR shape the world?

Are they trying to heal the world OR shape the world? Because, for all of their efforts and investments in “saving lives,” statistics show the percentage of women dying during giving birth have increased, premature babies have increased, autism has significantly increased, the rate of sperm count in men has decreased to a staggering 50%, AIDS is still prevalent (according to those funding it), cancer has not been cured, diabetes is off the charts, the government has paid out $4.1 billion for injury and death claims due to vaccinations, our food is loaded with poisons, our water has contained arsenic, food allergies in children has increased 50%, the MMR vaccine contains fetal DNA, our soil has been taken over by genetically modified food, full-term abortions are the new trend, and we are about to move into 5G when radiofrequency radiation is already a category 1 human carcinogen. Again – are these billionaire philanthropists and scientists trying to heal the world OR shape the world?

When is enough, enough? When will these “world leaders,” agencies, organizations, and governments be held accountable?

The real question is – are they compiling all of this DNA and running genetic testing for purposes of healing those with illness and disease, or are they attempting to modify DNA to create the “highly-gifted race” Galton strived for? Depopulation would appear to be thriving, so you tell me?

Are all of these “genetic modifications” any different from the path eugenicists were on, portending to be in the name of health? Disguised by clever phrasing to make people believe the phrase “family planning” is a heartfelt gesture rather than a means to promote every possible medical avenue to prevent more births, or that “population-based science” is truly looking out for ones best interest. Does this statement below sound like it came right out of Margaret Sanger’s mouth in the 1920s?

We envision a world where population-based science and evidence are discovered, developed and translated to improve the lives of all through universal equitable access to family planning and reproductive health.

It’s not. This is a statement straight from Bill & Melinda Gates Institute for Population and Reproductive Health. How about “strengthen the next generation of champions.” That’s a catchy one as well.

All of this gives one pause when considering what goes into vaccines. If one were trying to alter another’s DNA without being able to run tests on a specific person first, it wouldn’t be hard to imagine that it could result in having a negative impact on that person. Yet, by having a database of millions of DNA samples from a large population, it may give them the ability to test how the DNA might impact the general population overall. In theory, all of this leaves room for the fact that vaccines may be causing autism, anxiety disorder, seizures, depression, paralysis, POTS, and other undesirable conditions, as well as death. Yet, big pharma and the scientific world, suggest that there are no lasting side effects, and certainly do not cause any of the aforementioned conditions. How is this possible, with millions of people from all different genetic make-ups, to react exactly the same? It’s not logical.

What is this “2030 Agenda for Sustainable Development” the U.N. implemented in 2015 along with 190 world leaders, including former president Barack Obama and Pope Francis, among all the usual suspects rallying for these causes?

Ultimately it can be summed up as the United Nations taking over as global governance. Their plan of attack is from the top down, and their agendas began long before this “New Urban Agenda” was agreed to in 2016. This New York conference brought in over 50,000 people including more than 200 mayors and another 140 city delegations. The Habitat conference only convenes every 20 years, and the focus was on anti-capitalism and global standards the UN wants cities operating under. Technocracy is coming to a city near you, where “inclusive” and “inclusivity” are the big buzz words for this push. We’ve certainly seen a lot of that rolled out in the past couple years.

While they purport it to be about equality, climate change, family planning, and ending world hunger, when you read the fine print, it paints a different story. And, when you review the statistics of what is taking place in this world due to these agendas they’ve been carrying out for decades, leading up to this “urban agenda,” it’s quite apparent which direction this is headed.

• Unlimited migration across open borders, and all cities are expected to embrace this.

• One-world standards for everything.

• They will develop and implement housing policies at all levels to ensure coherence among national, sub-national, and local development strategies, land policies, and housing supply.

• Federal grants will be directly tied to the United Nations, meaning cities applying will be following their rules.

We further commit to strengthen synergies between international migration and development, at the global, regional, national, sub-national, and local levels by ensuring safe, orderly, and regular migration through planned and well-managed migration policies and to support local authorities in establishing frameworks that enable the positive contribution of migrants to cities and strengthened urban-rural linkages.

We commit to promote equitable and affordable access to sustainable basic physical and social infrastructure for all, without discrimination, including affordable serviced land, housing, modern and renewable energy, safe drinking water and sanitation, safe, nutritious and adequate food, waste disposal, sustainable mobility, healthcare and family planning, education, culture, and information and communication technologies. We further commit to ensure that these services are responsive to the rights and needs of women, children and youth, older persons and persons with disabilities, migrants, indigenous peoples and local communities as appropriate, and others that are in vulnerable situations. In this regard, we encourage the elimination of legal, institutional, socio-economic, or physical barriers.

While some of their 17 goals may sound like wonderful manifestations in this puff piece, make no mistake – their end game is world dominance and global governance. The “New Urban Agenda” is something everyone should read. All of the “philanthropists,” NGOs and agencies covered throughout this report, are all a part of this 2030 agenda collaboration, spearheading different aspects of it. From Ban Ki-moon to Bill Gates, the Clinton Global Initiative to the Rockefeller Foundation, and hundreds of others – all coordinating this “Global Strategy.”

For those who believe population control is necessary in some form due to economics, environment, and sustainability, that is for each person to decide how they feel about it. THIS isn’t about that. THIS is about a large group of individuals worldwide that are playing God, sterilizing men and women without them knowing, using manipulation to push their agendas, and causing injury and harm to the masses – and doing it with your money.

If one reviews this entire report and all of its source links, and still chooses to believe that ongoing eugenics is a myth, they would be in denial, and doing a great disservice to their fellow Americans. How much evidence does one require to see the bigger picture? How long must these reports, packed full of evidence, span? One hundred pages? Would one thousand pages do? Why do Americans prefer to turn a blind eye for fear of the truth, rather than face it head on and try to push for change? If change is what you fear – you best hold on to your seat, because it’s coming fast and hard. Do you want to be speaking up and taking action to fight for your rights and your childrens, or are you going to continue to take it lying down?

All of their agendas are right before your eyes. It is impossible to negate, when backed with statistics that coincide with their precise timeline and orchestration of events. It is impossible to make a case to the contrary when they state their agendas in their own words, quotes, annual reports, and their cash flow directly backs all of these agendas. The result is infertility in women, sperm count cut in half in men, low birth rate across the world, illnesses on the rise, the lowest population growth in 80 years. What was 80 years ago? The U.S. was well on its way to sterilizing 60,000 Americans while sharing their wisdom with the Nazis so they could sterilize 350,000 people. Do you really believe this ceased? Look at where we are at – where the world is at.

No one can debate or dispute these facts. The question now is – what are you going to do about it? You are going to love like there is no tomorrow, embrace your family and relish every moment with them, recognize that material possessions are near meaningless, appreciate all of the little things that are truly the most important, spend time in nature and enjoy life to the fullest, be kind to your neighbors, and above all – love yourself. Why are you going to do all of these things? Because we cannot turn back the clock, we can only move forward, and you cannot take a step forward in a state of hate – it serves no one.

Do you have the right to be angry about these historical events that have crippled our population, our values, our institutions, and our lives? Absolutely! So share this knowledge, and wake one person up per day until everyone understands the bigger agenda, so they can make the right choices for themselves and their families, and they can stand up and say “GAME OVER!” But let’s make a deal. When sharing this information, be sure to share the most important part – love for self, for others, and to live like there is no tomorrow. Life is precious – don’t let the eugenicists tell you otherwise.

For further reading to understand the bigger picture that encompasses the agendas of those trying to maintain power, and how all of this ties together, review these reports as well. You will begin to see the same circle of people involved on all fronts. 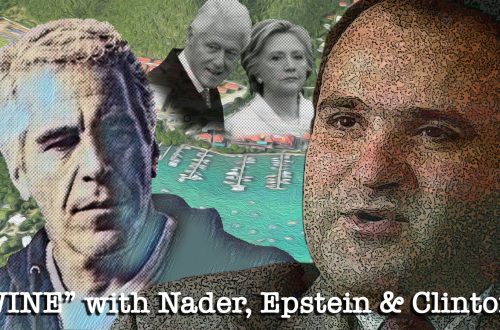 “WINE” with Nader, Epstein & The Clintons 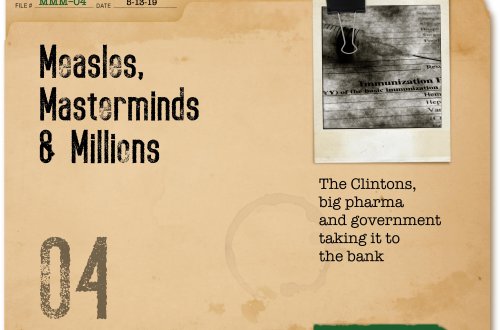 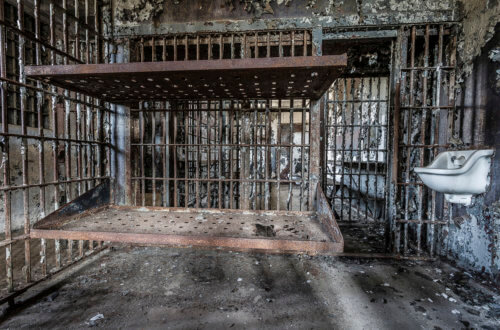