Below are declassified documents as well as key documents released by the government. There are also some important court documents to ongoing cases. Other significant, non-government documents are placed below the gray line. Most are in pdf format, whereas a few are direct links. Simply click on the headers to download and/or review. Check back often, as additional documents will be added as discovered and/or released. For further digging, check out For Diggers.

Declassified documents on Adolf Hitler from both the CIA and FBI combined into one large pdf. Note the first 4 pages indicate the possibility that Adolf Hitler did not in fact commit suicide on April 30, 1945 as history books would reflect.

Backgrounds: Pull Files on Anyone

This is the background search database I use when doing research. It gives you the ability to search public records containing background checks, civil judgements, police records, social media, photos, contact information, and much more! It’s also great for keeping tabs on who’s spending time with your children. Consumer information that is collected through their site, is shared with third parties for marketing, fulfillment, or any other purposes. Look someone up.

412-pages in a pdf doc provided by Judicial Watch via FOIA request.

This is a fantastic spreadsheet in chronological order, dating back to 1997, which contains all information pertaining to the Clintons’ financials with their foundations. Each date has a direct link to source. It also includes links to all of Charles Ortel’s video interviews and articles.

The above link goes directly to the CHAI website. Here is a pdf download of the donor list, should they ever remove that page from their site.

Released by the CIA on June 3, 2010, this is bulletin number 25 Special: Nazis, the Vatican, and the CIA – produced by Covert Action Publications, Inc. in the winter of 1986.

List of Clergy and Seminarians accused of sexual abuse of a child. August 1, 2018

815-page Report released in January, 2019: Cases and review release relating to bribes to foreign officials under the foreign corrupt practices act of 1977.

Whistleblower Zachary Vorhies turned over internal Google documents to Project Veritas and the DOJ in July/August 2019. The link above goes to Project Veritas’s index containing all of the documents. Here is the “YouTube controversial query black list” in PDF format. Corey’s Digs report and interview with Zach Vorhies.

Archived on the U.S. Department of State’s website, you can find all of former Secretary Clinton’s emails, in addition to a handful of other interesting documents on this page.

105-page PDF document dump on this investigation and Hillary’s email connections to China.

Very interesting read on the ‘Historical Perspectives on Nonprofit Organizations in the United States’ by Peter Dobkin Hall.

House of The Director of National Intelligence: IC On The Record

A host of declassified documents, testimony and fact sheets worth taking a look at.

The famous memo released on February 2, 2018 by the committee on Foreign Intelligence Surveillance Act Abuses at the Department of Justice and the Federal Bureau of Investigation

This is an ongoing, up-to-date list of human trafficking arrests since January 2017, compiled by @ArrestAnon.

On December 17, 2019, President Trump submitted a 6-page letter to Speaker Nancy Pelosi regarding the impeachment being carried out by the Democrats. He wanted this on record for the future of the U.S.

Jeffrey Epstein kept a little black book on a lot of big names. New York magazine covered several of the individuals in here, but certainly not the full list. Here is the complete 92-pages.

This is a 73-page pdf containing child trafficker Jeffrey Epstein’s flight logs with a list of names and/or initials of those traveling. Here is a complete list of the flight logs, extracted from the link above and typed into a convenient table, done by @R_D__P_LL.

Jeffrey Epstein was arrested on July 6, 2019 for child trafficking. This is a big case. They unsealed the indictment on the 8th, and have stated in a press conference there will be additional superseding indictments.

Palm Beach County Office of The State Attorney setup an online portal with access to Epstein’s 2006-2008 prosecution, which include audio, video, and documents.

All documents released in November, 2017 are at the FBI’s archive site.

180-page pdf doc released in July (somewhat redacted of course) of several different documents pertaining to John F. Kennedy Jr., including a letter he allegedly wrote to former Senator Joseph Biden calling him a “traitor” back in 1994.

Released March 24, 2019 – Letter from AG Barr summarizing the Mueller Report conclusions after a 2-year-long investigation, which exonerates President Trump and the Trump campaign from alleged collusion and obstruction with Russia.

The long-awaited, redacted Mueller Report released on April 18, 2019. The entire document is broken down into 5 pdf’s below.

To raise public awareness of our mission and contributions to national security and counter select mischaracterizations stemming from media coverage of the leaks.

This 89-page government document of ‘Records of the United States Nuernberg War Crimes trials Interrogations 1946-1949’ contains information about the trials, and lists of names of those interrogated. If link above fails one day, here is a backup of the full document.

Keith Raniere, Allison Mack, Clare Bronfman, Nancy Salzman, Lauren Salzman, and Kathy Russell were all indicted on a multitude of charges, varying for each defendant, including sex trafficking, identity theft conspiracy, money laundering, labor trafficking, encouraging and inducing illegal entry, document servitude, forced labor, state law extortion, and others. This is a developing case in the courts. Below are some of the documents that have been filed thus far.

Released on April 13, 2018 by the Office of the Inspector General U.S. Department of Justice: A report of investigation of certain allegations relating to former FBI Deputy Director Andrew McCabe

Released on December 9, 2019 by the Office of the Inspector General U.S. Department of Justice: Review of four FISA Applications and Other Aspects of the FBI’s Crossfire Hurricane Investigation.

“Gunwalking”, or “letting guns walk”, was a tactic of the Arizona Field Office of the United States Bureau of Alcohol, Tobacco, Firearms and Explosives (ATF), which ran a series of sting operations between 2006 and 2011 in the Tucson and Phoenix area where the ATF “purposely allowed licensed firearms dealers to sell weapons to illegal straw buyers, hoping to track the guns to Mexican drug cartel leaders and arrest them”. These operations were done under the umbrella of Project Gunrunner, a project intended to stem the flow of firearms into Mexico by interdicting straw purchasers and gun traffickers within the United States. The Jacob Chambers Case began in October 2009 and eventually became known in February 2010 as “Operation Fast and Furious” after agents discovered Chambers and the other suspects under investigation belonged to a car club.

Operation Paperclip was the code name for the 1945 Office of Strategic Services, Joint Intelligence Objectives Agency recruitment of German scientists from Nazi Germany to the U.S. after VE Day.

President Truman authorized Operation Paperclip in August 1945; however he had expressly ordered that anyone found “to have been a member of the Nazi party and more than a nominal participant in its activities, or an active supporter of Nazism militarism” would be excluded.

Originally Project Blue Book was the Air Force name for a project that investigated UFO reports between 1947 and 1969. In 1989, an organization calling itself “The New Project Blue Book” contacted the FBI. This file consists of correspondence concerning this organization.

Project Mockingbird was a secret campaign by the United States Central Intelligence Agency (CIA) to influence media. It began in the 1950s and was initially organized by Cord Meyer and Allen W. Dulles, it was later led by Frank Wisner after Dulles became the head of the CIA.

The organization recruited leading American journalists into a network to help present the CIA’s views, and funded some student and cultural organizations, and magazines as fronts. As it developed, it also worked to influence foreign media and political campaigns, in addition to activities by other operating units of the CIA. It is still carried out today, with the MSM receiving “talking points” at 4am each morning.

Declassified: The CIA’s Program of Research in Behavioral Modification.

Referral Letter of Investigation From Congress

Unclassified for the Office of Naval Research – Organizational Effectiveness Research Programs. “Resisting social influence becomes important when such influences can be appropriately thought of as “mind control.” When information is systematically hidden, withheld or distorted it is impossible to make unbiased decisions. Under these circumstances, people may be subtly led to believe they are “freely” choosing to act. The thesis of this essay is that “mind control” exists not in exotic gimmicks, but rather in the most mundane aspects of experience. Because it does, it is possible to reduce our susceptibility to unwanted coercive control by increasing our vigilance and learning to utilize certain basic strategies of analysis.”

Scenarios for the Future of Technology and International Development – 2010

Sexual Violence and Exploitation: The Experience of Refugee Children in Liberia, Guinea and Sierra Leone

Report of assessment mission carried out from October 22 to November 30, 2001 – United Nations High Commissioner for Refugees – Save The Children UK 2002

Interview transcripts released on May 20, 2019, pertaining to the 2016 presidential election and the DOJ’s investigation of former Secretary of State Hillary Clinton’s handling of classified information and related matters.

The Uses of Children: A Study of Trafficking in Haitian Children

The World Bank Group and Foundations

This is an 84-page pdf doc that the World Bank put together in 2013, called “Stories of Partnerships”, whereby they list over 80 foundations they work with, and give examples of some of those partnerships. It’s quite an eye-opener, and very helpful for research.

This is a 149-page research document produced by the United Nations Office of Drugs and Crime (UNODC) in 2015. It is pretty telling.

538-page Report prepared by the U.S Department of State on human trafficking. They note that in the U.S., traffickers prey upon children in the foster care system.

468-page Report prepared by the U.S. Department of State on human trafficking.

This is a non-government HUGE JAW-DROPPING document (with timeline) that was put together by a team of lawyers who have been researching and collecting evidence for years. Here is a direct link to Americans for Innovation Investigators searchable website for additional digging. I cannot stress enough just how significant this evidence is that brings to light all of the big players in the cyber world, why they created it, how they monitor people, and their control over patents. 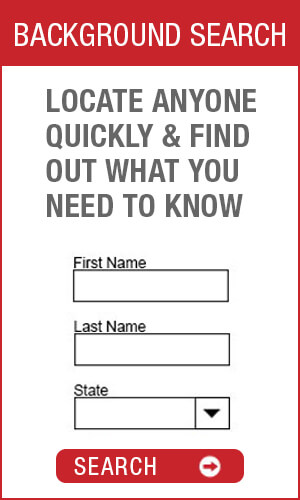 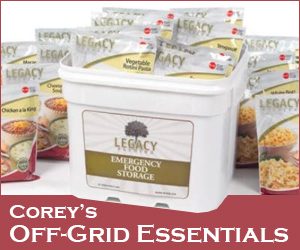