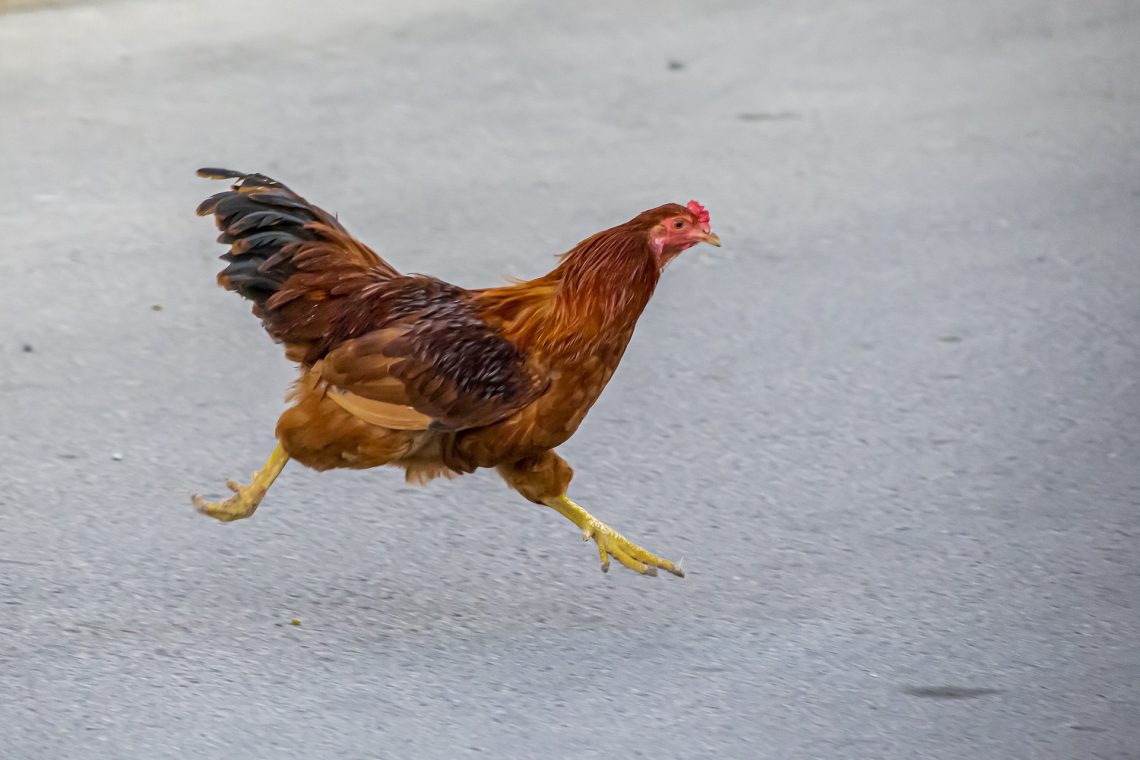 I brewed myself a cup of coffee this morning, paused, and thought “we are in the biggest game of chicken of our entire lives, in the history of mankind itself, and this needs to end now!” Fear is propelling this insanity and the globalist-narcissistic-billionaires are lapping up every drop of it with glee. The reality is, we are driving toward a head-on collision with the monsters themselves, and they are eagerly awaiting to see if we are going to call their bluff.

As I watch the world spin and observe people in a state of panic for fear that they will take us all out by unleashing smallpox or some deadly bioweapon, I ponder the plausibility, while not fearing it. It’s the same players and same playbook over and over again from HIV to Anthrax, H1N1 to Zika and Covid, now the wild threat of Smallpox being used as a bioweapon, while they stock up the Strategic National Stockpile. They either invent something out of thin air that doesn’t exist or exaggerate how bad it really is in order to get people to comply. It’s the same old game and people need to start recognizing the patterns, the plot, and the end game – if people allow it to get that far. We play the biggest role in this outcome.

The fact of the matter is, our own fear psyches us out, depletes our immune system, and drains our energy and livelihood. And for what? Demons that want to control us and have us submitting to their every desire? Is fear helping the situation or making it worse? Focus on a healthy diet, exercise, and obtaining natural remedies as well as medicinals, instead of soaking in fear from moment to moment.

Survival of this set of advances they are making on humanity is about reading between the lines, being able to spot their manipulation tactics, knowing when they are telling the truth and when they are lying, understanding their strategy and moves before they make them, being prepared to do a little extra work to navigate their bullshit, and ultimately having faith and belief in yourself while respecting and building communities that are resilient to this crap. That’s the true key in this game of chicken. False narrative control and psychological psyops on people is their main game. The CIA and scientists have long known that fear is the real killer. Don’t let them live inside your head.

So back to the question – is it plausible that they would unleash smallpox or some bioweapon across the country? Well, what is their ultimate goal? They want everyone in fear, to submit, to get a digital identity, so they can control them, use them, and enslave them into augmented humans so they can rule the world, reap all the benefits, and control all the money. And if people keep falling prey to their fear tactics, that’s exactly where this is heading. It can’t get that far if people don’t allow it. Imagine the sheer chaos if they essentially set the world on fire with a deadly bioweapon – all of their businesses (the essential ones of course) would cease to operate, hospitals would be overrun (for real this time), the stock market would crash, and all hell would break loose to where they wouldn’t even be able to control the situations. Sure, they love chaos, but controlled chaos is their game.

Wouldn’t it make more sense for them to release or fake-release something into a small handful of isolated locations, have the media flood the people with fear and panic, suck up another slush fund from the government as they roll out vaccines, and create more mandates and perhaps lockdowns until every last person complies to get the jab and digital identity? That’s one hell of a way to scoop up the non-vaxxers of the Covid jab.

You realize this means that they know we are the majority, we are onto their game, and they cannot get us to comply, so they are moving on to their next strategy. They are turning the page in their playbook. They are so desperate to convince the masses to get the jab and onto a digital ID that GAVI had to roll out an anti-vaxxer story from the 1800s in a futile attempt to scare people. They are so predictable, it is comical at this point.

Are the jabs themselves, deadly? Yes, according to VAERS and other reporting systems, they are causing mass scale health issues with people, and in some cases death. Therefore, getting the jab would be unwise. Some believe the government will carry out forced vaccination of all citizens. Let’s not forget that over half this country has households that account for over 350 million guns.

They don’t make a lot of money off of dead people, but they sure do off of sick people, or a lifetime of mandatory vaccines with ongoing government slush funds. And why bother with a massive depopulation when they’ve already spent decades mastering infertility? That trend is still going, as all Covid jabs state that they have no clue if their jabs will effect men’s fertility rate. The entire western civilization is at the lowest birth rather its ever been, with a consistent decline for decades. Just look at the charts in part 4 of my Eugenics and infertility 6-part report I did back in 2019. When you can lower the birth rate, while keeping people sick enough to where the increase in life expectancy over four decades has only increased by five years, you got it going on. Throw in some fake pandemics, scare the hell out of people, inject them with poison that they submitted to, and your odds just increased.

They hold a gun and never have to pull the trigger because all they need to do is control the narrative and stoke enough fear to convince everyone that they will unleash a bioweapon of mass destruction, wiping everyone out, so that people will line up for the jab, when in fact the true bioweapon is the jab itself. The trick of their trade is to convince half the population that they are capable of murder (and they are) so they can call them conspiracy theorists while they never truly unleash a virus-related bioweapon, leaving the other half of the population convinced that a deadly virus really does exist and that these people are their saviors. Both groups live in fear, half get in line for the true bioweapon – the jab, and the other half fragments into categories of preppers, end of the world theories, fighters continuing to expose their game, and those that choose to step away from it all and live their lives. Right now, there are a heck of a lot of fighters, and while those numbers will continue to rise as more and more people see through their lies, they will continue to roll out more fear tactics. Call their bluff and pay attention to their moves.

Here’s the reality, let’s just say hypothetically they were to unleash a legit deadly bioweapon to the masses. How are you going to stop it? Are you going to spend every minute of every day obsessing about it, fearing it, running from it, and believing your life is over, while convincing everyone around you that the apocalypse is happening and we’re all going to die? Gee, I’d love to tag along at your block party. Does that sound fun, healthy, or any way to live? Wouldn’t it make more sense to gather up some healthy nutrients and healing remedies and medicinals, and do your daily exercise routine, try to live your life to the fullest, stay alert and aware but not all-consuming, and fight the battles you are able to fight against? Focus on building up a community and strengthening your resilience to all of this?

I don’t claim to have all the answers, nor do I have a magic crystal ball, but one thing is for sure – I will not live my life in fear and let them win. We are all going to die at some point, so let’s live our lives instead of living in their shadows. Let’s make a pact to stay on the right side of this game of chicken, and let’s call their bluff. They do not own us, control us, or have the ability to infiltrate our minds to their every whim – unless we let them. We have choices – let’s make the right ones.

Check out my 15 Big Solutions and get inspired. Bookmark my Covid Resource page so you have a multitude of resources at your fingertips. Bookmark my Covid Legal Actions & Legislation and stay on top of it so you can see where things are heading, and help drive them in the right direction. Stop funding the beasts trying to build our human enslavement system, and shop with Patriots. If you are concerned about finances, check out my 5 Ways to Financial Security. Be sure to subscribe to my free newsletter so you don’t miss a dig. You can find all of my investigative reports here, the weekly Dig It! podcast here, and over 100 resources for digging and research, here.

If you would like to support my work while getting important messages out to the public, pick up a tee from my Digs shop, and be a walking statement. 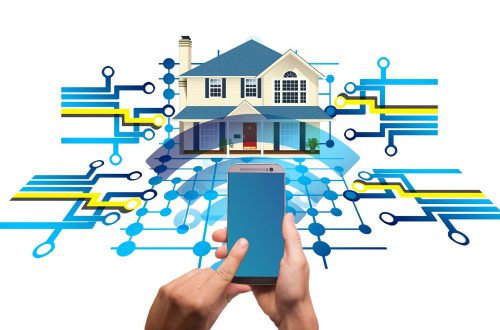 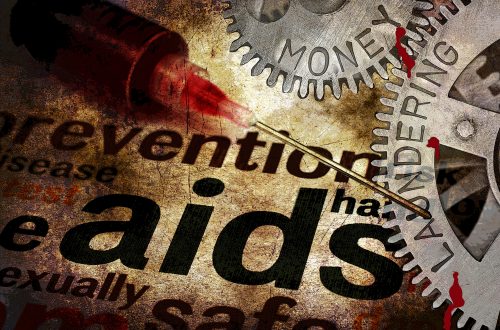 Is AIDS US $90B Taxpayer Dollars A Global Slush Fund? 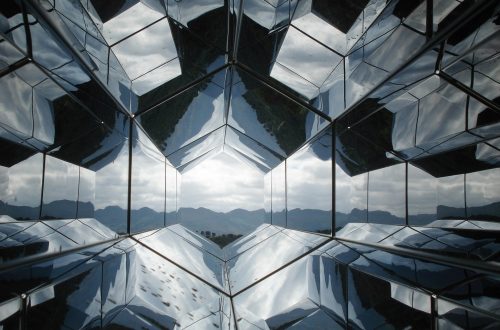 Welcome To A World of Smoke & Mirrors