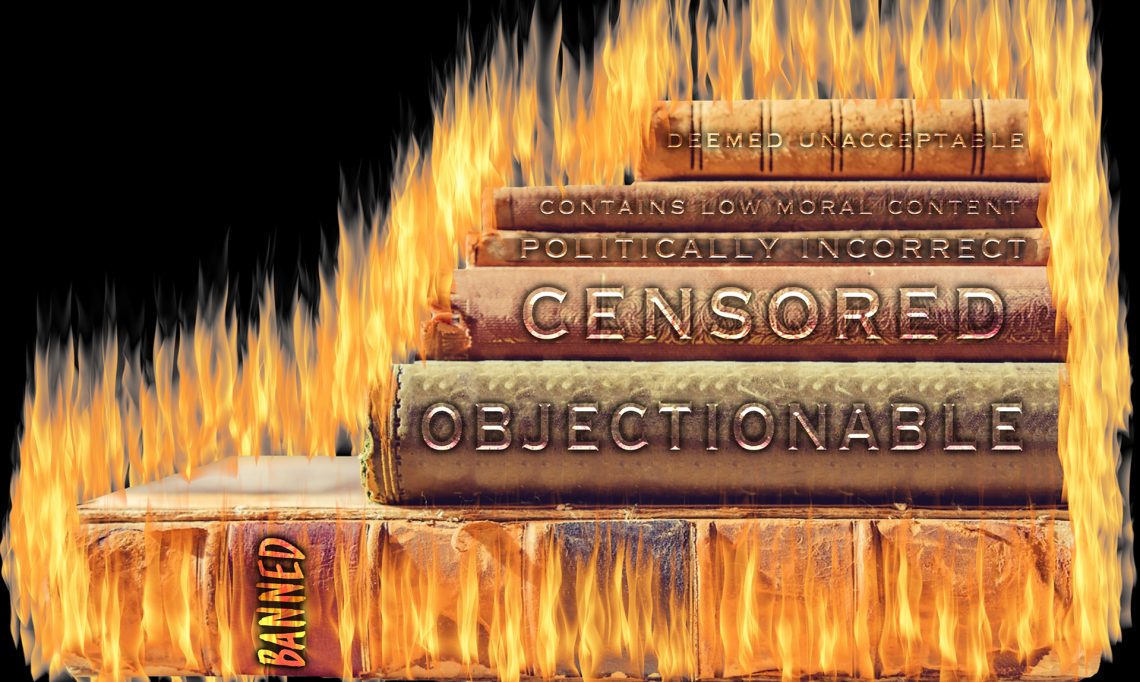 This was to be an article about the transition team of Joe Biden in the run up to his possible inauguration. However, the unfolding events over the past few days cast new light on the nature of the presidential election and added credence to claims that the sitting president has been subject to an attempted coup on many levels. It would be unjournalistic and naive to echo the fait accompli of the corporate media about who will take the presidential podium on January 20th without first charting the staggering developments in the corporate media.

It has been postulated that the social and political schematics we see on TV “is all a movie”. Well, this week on Capitol Hill the movie plot moved into its third act, and the bi-partisan audience held its breath as an unexpected but inevitable showdown took place amid the corridors of power.

Protests against the “election steal” moved into the Capitol Hill building, where chaos ensued as Trump supporters mingled with would-be Trump supporters. Although the corporate media reported far-right members being among the crowd, they did not mention the myriad identifications of Antifa and BLM agitators that were picked up by social media commentators.

BLM and Antifa groups organized an identification system where they would wear their “MAGA” caps backwards to be distinguishable amid the melee of people.

Nancy Pelosi reported her laptop as “stolen” during the incursion, and some sources say that several laptops were seized by the intelligence services. This may help substantiate claims that the protest was used as cover for a sting operation by the military to gather information on equipment used by politicians. Equally, the removal of 25 or so laptops could have been genuine thefts by intruders.

The Trump supporter who was shot dead by law enforcement within the building — Ashli Babbitt, an Air Force veteran from California — will not likely be honored by further protests or by world leaders taking the knee in public. Babbitt, presumably like most of her contemporaries there on that day, were motivated to enter the state building by their disgust and anger at the perceived corruption that underpinned irregularities and obstruction during the presidential election, and which were further compounded by judicial decisions at the highest level to refuse appeals and recounts.

When the whole democratic process is brought into disrepute and is gauged as being merely a facade, then the impulse to seek redress takes on a kinetic, collaborative nature, where people spontaneously merge in mind and body, and take to the streets — or Capitol Hill. Steven Sund, the Capitol Police Chief, and Michael Stenger, the Senate Sergeant at Arms, has both resigned over the incident. And the Seattle Police Department has said an investigation is underway into the alleged involvement of two of its officers in Wednesday’s protests in Washington D.C.

Several Republican senators used the protest to turn on the POTUS, as they suddenly changed their position on the alleged widespread election fraud. Others used their speeches in Congress to ruminate on the protest, while conveniently dropping any further discussion of the burgeoning evidence of voter fraud. Arguably, this could have been part of Trump’s plan to root out the insincere party members who would have deserted him at a later juncture. As he has stated in interviews in the past, Trump would be prepared “to lose it all” to find out who his real friends are. He has also said in interviews that he is not above seeking revenge on people who have betrayed him.

On Friday, Sidney Powell and General Michael Flynn were suspended on Twitter. By the weekend, FaceBook, Shopify, Reddit, PayPal, Twitch and Snapchat had joined the purge of the sitting US President. Never in the history of the world — perhaps with the exception of the crucifixion of the Nazarene, Yeshua Ben Joseph — has an infamous leader been trounced by the corporate and social cognoscenti in such a blatant and cruel manner. His email server was also blocked from sending messages. When he tweeted about that development, it was quickly removed.

Following reports of disturbances in Washington, President Trump posted a message on Twitter: “I am asking for everyone at the U.S. Capitol to remain peaceful. No violence! Remember, WE are the Party of Law & Order – respect the Law and our great men and women in Blue. Thank you!” The social media platform’s response was to censure his tweet and lock his account for 12 hours. By Friday evening, the platform had permanently banned the @realDonaldTrump, citing the “risk of further incitement of violence.” For the lethargic observers who claim that the Capitol Hill protests were a rabble of right-wing troublemakers, this outrageous attempt to silence a sitting US President by a media company utterly nullifies the “conspiracy” label once and for all.

While seizing on this event as a horrific insurrection, the media and the Democrats expect the short attention span of the population to negate the fact that they encouraged the looting, fires and riots of Antifa and BLM during the summer months, which still continues in some cities. Despite everyone witnessing the destruction caused by Antifa, they still refuse to recognize them as a threat, or that they even exist at all. Yet, by Sunday, Joe Biden and other Democrats were calling those who entered the Capitol on January 6th, “domestic terrorists,” and are discussing passing a Domestic Terrorism Prevention Act of 2020 that is co-sponsored by 179 Democrats, based on this event.

As Twitter carried out a purge of thousands of conservative accounts on Friday, the Parler platform was flooded with perhaps millions of users wishing to sign up. This caused outages amid the bottleneck, and drew ire from Apple, which issued a statement demanding that Parler “be held responsible for its content”, with the threat of removal from its iOS mobile system. It seems that Apple, which has lobbied hard to maintain its Section 230 rights, is trying to force Parler to waive its rights under that statute. The self-interested, psychopathic nature of these technocratic beasts is being revealed for all to see. Google joined the fray soon afterwards. The moralizing, self-righteous, virtue-signaling Silicon Valley executives we have grown to know and distrust do not think conversations and ideas are safe outwith their control.

The digital global citizenry just got a proverbial bucket of icy water thrown in its face — the “Great Awakening” might seem like a nightmare, but the collective must face its shadows and acknowledge what it has allowed to fester in the murky depths of cyber space — what the Native Americans call “wetiko”. Paul Levy, in his book Dispelling Wetiko described this “curse” thus: “There is a contagious psychospiritual disease of the soul, a parasite of the mind, that is currently being acted out en masse on the world stage via a collective psychosis of titanic proportions. This mind virus … covertly operates through the unconscious blind spots in the human psyche, rendering people oblivious to their own best interests.”

The antidote to this virus is hidden within its own venom, which once recognized “can help us wake up and bring sanity back to our society.”

The characters and plotlines of this story are so outrageous, so brilliant, so degenerate and so remarkable that they could only be part of a structured plan that — although subject to free will and manipulation — has a beginning, a middle and a finale. We are approaching a denouement, and we have all been prepared and informed to various degrees by our interactions with other “truth-seekers”. The slow burn, the gradual revelations and interactions among interested and caring citizens has fostered links and bonds and a shared commitment to justice and peace and the tenets of the US Constitution. Going the distance involves faith in who you are and also in something bigger and more transcendent — constitutional law, universal law, the benevolent influence of the heavens.

In the next few days, there will either be arrests of high-profile politicians on corruption charges and an avalanche of disclosure, and the Great Awakening will transcend the barriers of corporate media, or the transition to a Biden presidency will go ahead, and the media discourse towards the POTUS will suddenly shift from turgid and hateful to effusive and congratulatory — regardless of what happens in the world or what decisions he might make. It is strange behavior indeed for corporate giants to throw all semblance of reason and equity to the wind in an attempt to silence a sitting president and millions of conservative voices if they were convinced that he was about to exit stage left.

The United States of America (no longer a corporation, but once again a republic) was founded by people who believed in a universal law, or God’s Law, and sought to bring those heavenly principles to the citizens of that new country. In that sense, the US is a special place; a country bestowed with the highest aspirations for its people, even if that project has been hijacked and greatly manipulated along the way. The ugliness and the corruption that is emerging around the electoral process is reminding Americans that the good fight is worth the effort and struggle, because to give in to evil would be to forsake God’s land.

If Trump does not succeed in averting the handover of power, we could be facing a very dystopian future, involving “compact cities”, vaccine ID passports, a reversal of many Executive Orders, a reinstatement of the World Health Organization and adoption of Paris Agreement restrictions, for starters. In short, an Orwellian nightmare.

For those readers with an interest in the transition team players — short lived as it may be — a list of names is included in this link. It is worth noting that some of these individuals have strong ties to the Chinese Communist Party and others have alleged links to corruption.

The Biden-Harris organization currently includes five co-chairs, a 15-person advisory panel and a multitude of staff. Among the proposed appointments are John Kerry, as special presidential envoy on climate. Kerry’s step-son and daughter were both embroiled in the Hunter Biden scandal with China, which was covered on this website. Susan Rice, involved in the Benghazi coverup and General Michael Flynn setup, would be back in office. Sally Yates, who played a key role in “Spygate”, is also part of the line-up. Cindy McCain, whose father John also had ties to the Spygate affair, is a top pick for Biden. The Covid Advisory Board would extend Anthony Fauci’s reign as a medical figure, as Biden would champion contact-tracing and no doubt give more credence to the contradictory and draconian measures issued by Fauci over the past months.

If readers haven’t been brainwashed by the blanket positive “news” of Biden and his contemporaries, now might be a good time to consider how close the world has come to witnessing the United States being dismantled from within. We may be hurtling towards a calendar date for an inauguration, but much can happen in nine days. 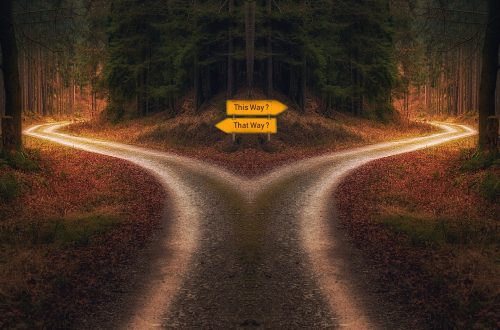 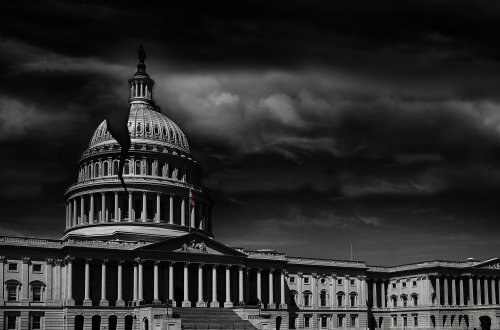 12 HUGE Bombshells in One Week – But, “Nothing’s Happening?” 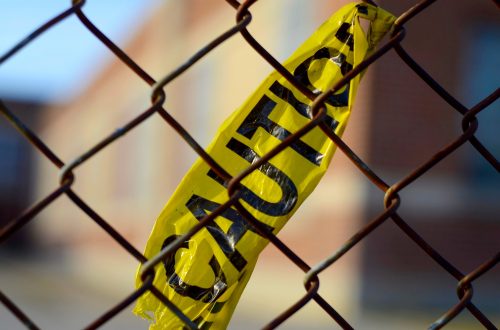 A Clearer Breakdown of What This Infrastructure Bill Is Really Funding