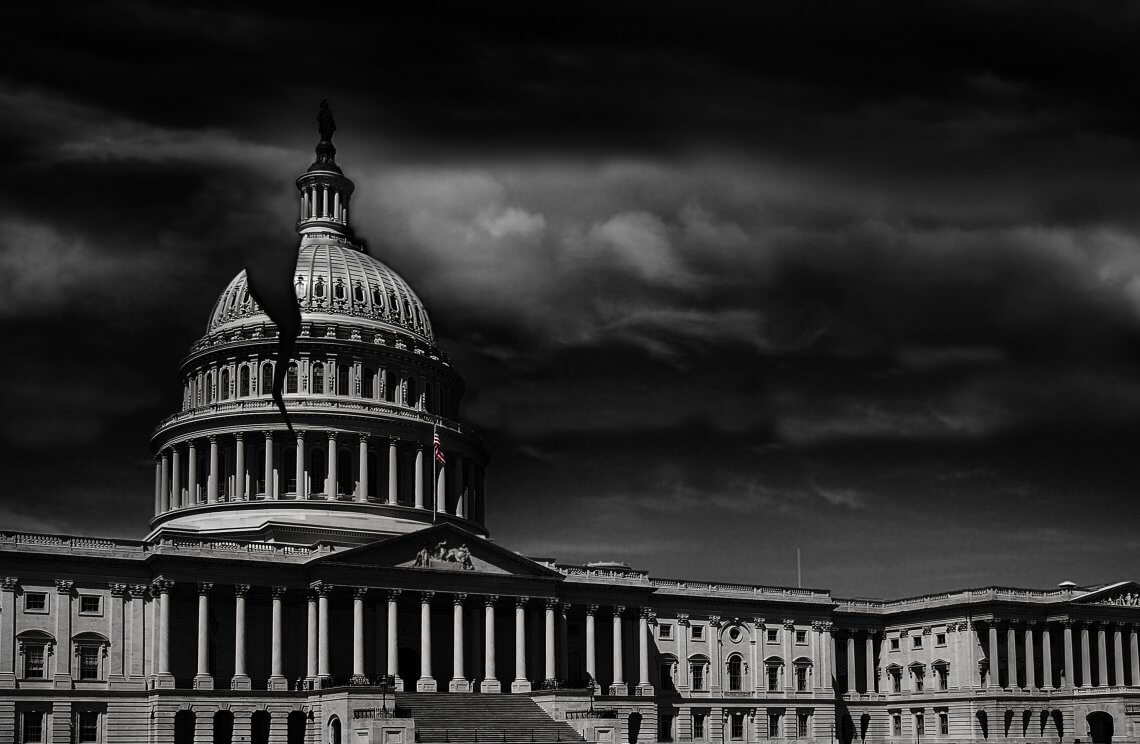 The Deep State shakeup is in full swing, and all sides are throwing punches. The system is crumbling, and a new one is on the verge of emerging. This week brought explosive news, with big indicators of change ahead. With each new crack in the system, it creates an opening to be leveraged and altered.

What we are witnessing is a tearing down of a system rife with corruption, that’s long past due. The road ahead requires everyone breaking free from the old system, reaching within themselves, and creating a new way of living and functioning as a viable and prosperous country moving forward. If you are not accustomed to thinking outside the box, now’s the time to start. And, if you are not accustomed to exploring within, and being the creator that exists in you, now’s the time to introduce yourself.

Cracks in The System

We discussed these breaking news bombshells below, as well as others in our weekly Dig It! Podcast, if you would like to listen to the breakdown, but let’s take a look at some of the bombshells that dropped this week, and why they are indicators of a change in the system – the old ways.

Rep. Devin Nunes twitter lawsuit is moving forward. This is good news for everyone. The Judge agreed that twitter CAN be held accountable for negligence. This is a huge step in the right direction. From censorship to shadowbanning, removing followers and entire accounts, to allowing some of the most detestable attacks on individuals by others, and refusing to shut those accounts down, it’s time twitter be held accountable and make necessary changes moving forward. This will set a precedent for social media platforms. The fact of the matter is, it is how the world communicates on a global scale to raise awareness, so yes, this system must be rectified.

It was announced that U.S. Attorney John Durham has expanded his investigation. What began as a 2016 counterintelligence investigation into Russia and the Trump campaign, leading up to the 2016 election, has evolved into an investigation spanning from the beginning of the probe through the spring of 2017, up to when Robert Mueller was named special counsel. Attorney General Bill Barr and Durham have physically traveled and met with officials in Italy, and spoken with officials in the U.K. and Australia. They are not messing around, and we are observing investigations that would have otherwise been swept under the rug.

One of the biggest announcements, and one of the most important, is the National Advisory Committee on the Sex Trafficking of Children & Youth in the United States is requesting ideas and recommendations for professionals working in the foster care system. They recognize that child trafficking is a huge issue in this country and have been observing increasingly vocal concerns about the CPS and foster care system – thanks to all of those not backing down on getting this information out via social media, websites, and legitimate news sources as opposed to the MSM who doesn’t cover this. They are hearing our voices. They are also aware and have acknowledged that the foster care system is preying grounds for child traffickers, in the State Department’s 2019 Trafficking in Persons report. The fact that they are shining a light on this and asking people to submit information, is a very good sign that new processes may be implemented, and hopefully all of the corruption in the CPS system will be cleaned up as well. You can send ideas and recommendations here, and comments to the Committee can be emailed to [email protected].

The United Nations funds are drying up and they could run out of money by the end of October to pay staff. The UN has long been a front for nefarious dealings, is rife with corruption, and is behind the 2030 agenda. The secretary general of the UN, Antonio Guterres said that they are nearly insolvent due to a 30 percent underpayment. Of course one of the big underpayments came from the Trump administration, but 64 other member states have not paid as well.

The Deep State coup is escalating by the day, and as quickly as President Trump sent his response letter on impeachment, it was announced that Trey Gowdy will be joining his counsel in the matter. Ukraine conspiracies are heating up to the point that House Intelligence Committee Chair Adam Schiff lied on national television, then admitted the lie, followed by Speaker of The House Nancy Pelosi claiming he never lied. Crazy. Meanwhile, former U.S. Deputy Attorney General Rod Rosenstein’s emails to Mueller were released, indicating he and Mueller were potentially working together against the president, and Mueller may have perjured himself. What we are witnessing, is a coup gone bad – very, very bad – and they are willing to blatantly lie knowing full well the people know the truth. Their lies are backfiring and the truth is being revealed.

Friday, President Trump announced that the U.S. and China have made huge strides in trade deals, reaching a truce in phase one of potentially two or three phases, which included deals on intellectual property, financial services, big increases for farmers, currency, foreign exchange, and technology transfer. We will see how this all rolls out to assess if this is a step in the right direction.

Bonus: Deep State shill, Fox News anchor Shepherd Smith has stepped down from his position after 23 years with the network. No one knows for certain why this is the case or if he will be sliding over to another news station – one more aligned with Deep State propaganda. And of course, we don’t yet know who will be filling his shoes.

Everyone is exhausted by the Deep State, the coup, lies, censorship, constant battles, impeachment attempt, rage, divisions, infighting, and waking up to the reality of the system we have all been hypnotized by for decades. Understandably so. But now is not the time to slip into a slumber, to step away, or to be swallowed up by negativity. Now is the time to begin planning for the future.

Now is the time to begin creating a new system, and that begins with going within and connecting to the love you hold, your divine self, and the creator within you. This old system must be unraveled from within in order to address the changes needed on the outside, such as working together to build a new education system without indoctrination, a new form of art and entertainment that isn’t riddled with mind control, a new system of government that removes multiple unnecessary agencies taxpayers are footing the bill for. We need entirely new systems that cover everything from education, job industry, health industry, food industry – you get the idea.

Before you say, “this is too much. It’s too big. How will we ever accomplish this?” there are thousands of people who have changed the lives of millions. One person, with one idea, can set a path in motion, create a ripple effect, and change the lives of many. If people in each county, in each state throughout the country, are working to achieve this common goal, it is more than possible – it is destiny. There are millions of people existing right now with dormant talents they don’t even realize they have. All one needs to do is TRY something for the first time to discover they are magnificent at it. These latent talents need to be woken. Now is the time. Relying on others to accomplish this for you, is the old way. It’s time for everyone to think for themselves, and dig deep.

It’s going to be a great big new world one day, so get your wheels churning, think outside the box, and start sharing ideas with one another in constructive ways. Raise your awareness, raise your vibration, and raise your voice. Every crack in the system presents an opportunity for change. 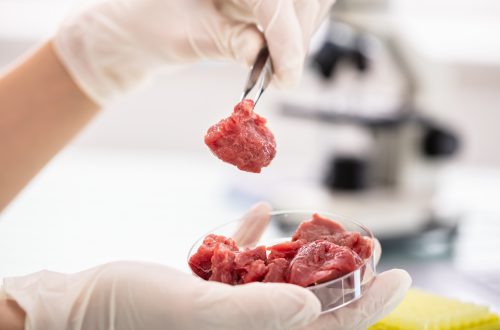 Lab Grown Meat To Hit U.S. in 2022, Backed By FDA & USDA, Along with “Smarter Food Safety Blueprint” and Traceability All Underway 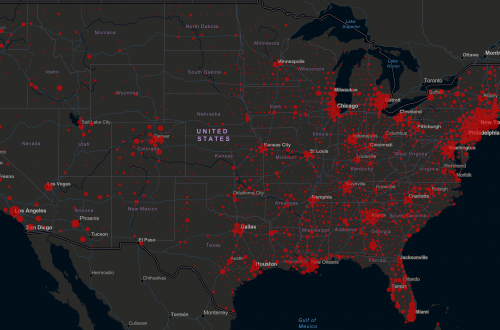 COVID-19: Inside The Hospitals & Why The Lockdown? 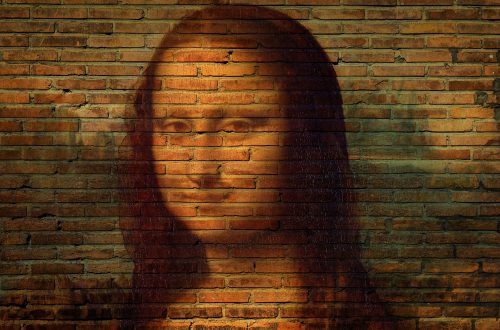 The Da Vinci Code: Reap What You Sow