It was Benjamin Franklin who penned the phrase in a letter in 1722, “Without freedom of thought, there can be no such thing as wisdom – and no such thing as public liberty without freedom of speech.” Franklin went on to explain in that same letter, “Guilt only dreads liberty of speech, which drags it out of its lurking holes, and exposes its deformity and horror to daylight.” Perhaps it is that very guilt that causes Big Tech tyrants to silence voices of criticism. The attack on free speech never became more apparent than the day Big Tech chose to silence the President of the United States. After all, President Trump has a knack for shining light on ugly truths the corrupt establishment would prefer stayed hidden.

Fortunately, Trump is not one to back down from a fight – especially one as worthy as the protection of our First Amendment rights in the age of Big Tech tyranny.  That is why President Trump is taking on Big Tech in class action lawsuits against Facebook, Twitter, and Google, as well as their Chief Executive Officers – Mark Zuckerberg, Jack Dorsey, and Sundar Pichai. The lawsuits aim to hold the Big Tech oligarchs, who have hidden behind Section 230 protections, accountable for silencing voices of dissent against the corrupt establishment’s narrative.

In his public announcement of the lawsuit, President Trump remarked, “From the very beginning of our nation, freedom of speech has always been understood as a bedrock of our liberty and our strength.  In America we recognize that the freedom to speak our minds and express the truth…is not granted to us by government. It’s given to us by God and no one should have the power to take that right away.  The founding fathers inscribed this right in the very First Amendment to our Constitution because they knew that free speech is essential to the prevention…of horror and to the preservation of our Republic. But remember the words, ‘the prevention of horror,’ because we’re very close to seeing that now in our country…In the words of…George Washington… ‘If freedom of speech may be taken away, then dumb and silent we may be led like sheep to the slaughter.’”

President Trump continued, “While the social media companies are officially private entities, in recent years they have ceased to be private with their…use of Section 230, which profoundly protects them from liability… No other companies in our country, and even in our country’s history, have had protection like this…These companies have been co-opted, coerced, and weaponized by government and by government actors to become the enforcers of illegal, unconstitutional censorship… We’re going to make sure that the liability protections that they have under Section 230 [are], at a very minimum, changed, and maybe at a maximum, taken away.  The Supreme Court has made it exceedingly clear that Congress is not allowed to coerce private entities…Through such coordination, the federal government has essentially deputized social media platforms to become the de facto censorship arm of the U. S. government.”

Critics of President Trump’s class action suits, of which there are many (including the entire legacy media in unison), argue that these Big Tech giants are private companies, capable of being as liberal as they want to be, by silencing any speech they deem to be “objectionable.” Fake News media outlets, who have largely gotten a free pass on censorship, support the rights of these social media giants by claiming, “Social media companies are not Congress, or any other state actor.  They are private companies. And private companies cannot violate the First Amendment.  Instead, they may have their own First Amendment rights that could be violated by the state.”  However, Trump’s class action suits argue that Congressional coercion of social media companies, and the Congressional legislation known as Section 230 violate the First Amendment, which states that Congress shall make no law abridging the freedom of speech.

The complaints allege that Democrats use their power to coerce Big Tech into suppressing the opposition’s freedom of speech, by way of threats of regulations or removal of Section 230 protections. Citing numerous examples of Democrat-led coercion, the Twitter complaint states, “The message conveyed by Democrat legislators to Defendants was clear: use the authority of Section 230 to ban Plaintiff and those Putative Class Members who posted content and views contrary to these legislators’ preferred points of view or lose the competitive protections of Section 230 and tens of billions of dollars of market share altogether.” The complaint goes on to state that “Section 230(c)(1) and 230(c)(2) were deliberately enacted by Congress to induce, encourage, and promote social medial companies to accomplish an objective—the censorship of supposedly ‘objectionable’ but constitutionally protected speech on the Internet—that Congress could not constitutionally accomplish itself.  Congress cannot lawfully induce, encourage, or promote private persons to accomplish what it is constitutionally forbidden to accomplish.” Norwood v. Harrison, 413 US 455, 465 (1973).  Section 230(c)(2) is therefore unconstitutional on its face, and Section 230(c)(1) is likewise unconstitutional insofar as it has been interpreted to immunize social media companies for action they take to censor constitutionally protected speech.”

The battle against Big Tech’s abuse of Section 230 protections has been brewing for years in all branches of the federal and state governments. Recently, House Republicans announced plans to introduce legislation to amend Section 230 and address the censorship of conservatives. Several red states including Florida (the state in which Trump’s lawsuits were filed) have introduced or passed laws to hold Big Tech accountable for their censorship. And countless lawsuits have been filed throughout the country by citizens whose First Amendment rights were violated by social media censorship. A recent decision by the Texas Supreme Court may bode well for President Trump’s battle against Big Tech, as the court ruled against Facebook’s defense invoking Section 230 to shield the social media giant from liability in failing to prevent their site from being used for sex trafficking. The court decision stated, “We do not understand Section 230 to ‘create a lawless no-man’s-land on the Internet’ in which states are powerless to impose liability on websites that knowingly or intentionally participate in the evil of online human trafficking.” Yet, this is exactly what social media platforms have become – “a lawless no-man’s-land on the Internet.” It is obvious to anyone who values the First Amendment, that Section 230 has limitations and must not be used to shield Big Tech giants from liability for violating Constitutionally protected free speech under the coercion of people within our government.

Countless Americans and people around the world, who have been silenced, are in support of President Trump’s battle against Big Tech, many of whom plan to join the class action suits. Those who are interested in telling their stories of Big Tech censorship have been asked to visit America First Policy Institute (takeonbigtech.com). Whatever the outcome, President Trump believes the suits will likely “go down as the biggest class action ever filed.”

The Purge Just Got Real

When Big Government Gets Into Bed with Big Tech

Down The Tube: Take A Stand with Fallen Patriot Accounts

Independent Journalist, Producer of H1veM1nd videos and podcasts, Co-Host of Dig It! Podcast 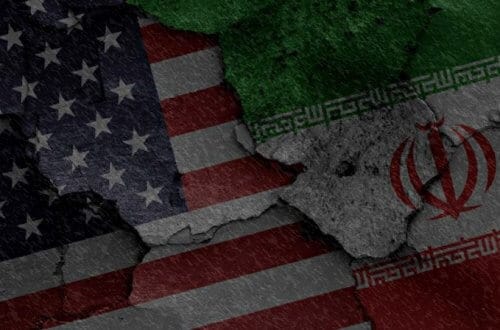 Why is Iran Provoking Trump? 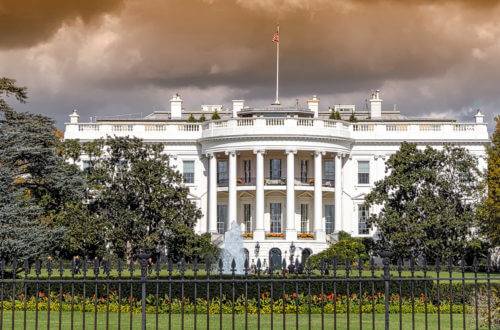 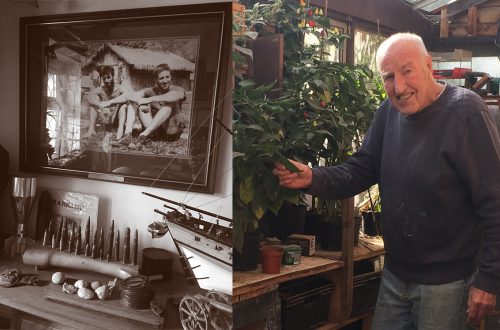