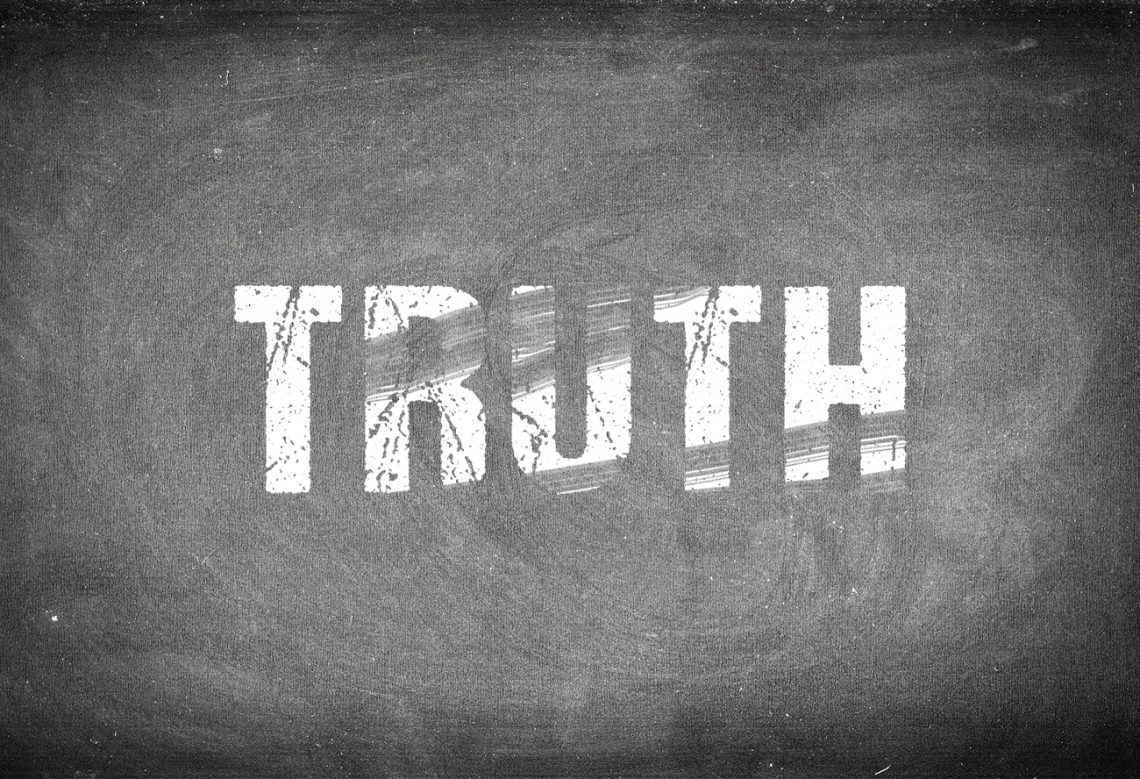 I have to admit that my skin color has been a problem for me throughout my life: it’s pale, prone to blushing and gets incinerated by the sun in the blink of an eye. I envy anyone who has a complexion that isn’t reactive and can handle sunlight. All other things being equal, my friends of Kenyan and Caribbean origin really have it easy.

Some of the most wholesome and selfless women I have met have had Caribbean, Indian and South American roots: generous, warm and caring to such an extent that you enter a private reality in their presence — of safety and nurture and self-worth. That’s not to say that I haven’t had negative experiences with people of other ethnicities: I had a Nigerian flatmate once who hated me on sight, because no doubt he took me for a middle class white boy who was born with a silver spoon in his mouth. A drugged up black guy threatened to stab me on the subway many years ago, because, again, my affluent Anglo-Saxon appearance triggered his programing or sense of victimhood. Both of those people were wrong in their assumptions; the first one, who had changed his surname to sound more English than mine, had a family who phoned him regularly and generally looked out for him; that was more than I could boast. The other thug was greatly deceived in thinking his hard life made him a more ferocious foe than Little Soft Pale Skin on the seat opposite. I had recently been on the martial arts tournament circuit and was fit, with honed reflexes.

It’s easy to forget, if you don’t hang on the media’s every word, that many people live a life of regurgitated clichés — they talk like a sitcom character and their value system is as vapid as a Saturday afternoon ball game. It’s no surprise then that they react on cue when the media authorizes them to be incensed about an issue that previously they hadn’t even thought about. The anger; where does that come from? Well, maybe, from trying to reconcile the blandishments of a Babylonian slave system, where consumption and self-gratification are substituted for introspection, self-knowledge and meditation.

As a man working in the public relations world, I was outnumbered by women seven to one. Some of those people were belligerent and vocal feminists. Most were not. What possible balance could a workplace have with staff who actively push an agenda of “men are inferior” and therefore fair game? The most heinous derelictions that I have witnessed have come from female social workers who have been called in to investigate abuses against children by their mothers, and who have covered up the evidence and then apportioned blame on the father — to satisfy their extreme liberal lesbian ideology. Statistically, in America at least, those lesbian couples are more prone to domestic violence than the general population.

Gender, race, or socioeconomic status as a justification for hating other people is just a cover for mental illness, in my view. “Projection” of their own perversions onto others is the sin that binds them all together. The soundbites of media and government are the cultural equivalent of Prozac and neuroleptics to sociopaths and narcissists. Life would be too painful without the crutch of empty platitudes and victimhood narratives that are dispensed free of charge from the TV each night. It may be that because minorities of all kinds have had to fight for equal standing in society that they are being hailed or targeted now to lead an uprising against foes real or imagined.

A headline from a Canadian news site this week grabbed my attention: “Vancouver police to investigate tire marks on LGBT crosswalk as ‘gesture of hate’”. Fox News ran a story on how the City of Seattle told its white workers to undo their whiteness, and that their skin color was a crime. This “anti-racism training” has been instituted across the US — in offices, schools, the military and local government.

A public records request into Seattle’s “Interrupting Internalized Racial Superiority and Whiteness” program revealed that white staff were told that their intrinsic qualities, of “perfectionism”, “objectivity” and “individualism” were offensive. The scheme is designed to help those employees to “undo your own whiteness”. In order to achieve this, they are being ordered to give up “comfort”, “guaranteed physical safety”, “control over other people and over the land”, “relationships with other white people”, “niceties from neighbors and colleagues” and “the certainty of your jobs.”

There’s more: Washington state has suggested giving priority to non-white students during the reopening. A Black Lives Matter leader in Toronto, Yusra Khogali, was reported to have written in a 2016 Facebook post that “white people are a genetic defect of blackness”. She went on to write that “white people need white supremacy as a mechanism to protect their survival as a people because all they can do is produce themselves. Black people, simply through their dominant genes, can literally wipe out the white race if we had the power to.”

This ideology and mentality reminded me of the scribes of old; the ecclesiastics of the ancient world and middle ages who would generate prose to underpin the imperial ambitions of their emperors and kings. The Roman Church scholars penned similar verses to Ms Khogali to justify the invasion of Poland by the Germans and the takeover of Ireland by the English Crown. It has been repeated a millions times since to lend credence to any number of causes.

One of my ancestors, Giraldus Cambrensis, a Cambro-Norman ecclesiastic, wrote in 1188: “The Irish are a rude people, subsisting on the produce of their cattle only, and living themselves like beasts”. These sentiments appeared shortly before the Normans invaded.

I am less sure of the historical origins of “hate crime hoaxes” — lecturers sending themselves hate letters and sports personalities “finding” nooses left on their door handles — but they are no less disturbing, perhaps hinting at a deep desire by the individual to relinquish personal responsibility in a manufactured scenario of victimization. Talk about jumping on the bandwagon.

For the millennial video game generation, the hyper-real worlds of pixelated characters are not far removed from the simulacra of the news media. Both are constructed narratives and neither have much bearing on objective reality — but they do stimulate the cerebral cortex and provide a kick to the nervous system. Religion has little hold on this generation, and yet they seek guidance and an organized way of thinking and something to fight for — but don’t expect them to carry out due diligence on any of the radical groups vying for their attention, especially when it includes state bodies, universities and “charities”. Professors at Princeton University have sought to create a “racial thought police” department to advise on diversity and to punish insufficiently diverse disciplines. The manifesto makes 48 demands on the Ivy League college, including extra pay, additional awards and sabbaticals for the “invisible work” that non-whites do for the college. The anti-racist drive sounds a bit racist — at least by prior societal measures.

The rush to label everything — including white flour, street signs and cosmetics — as racist does not tackle the ignorance that might lead to racist views, but more widely develops a system that will condemn anyone with dissenting views on anything. If you trace the funding of the think tanks and groups that have pushed these narratives you invariably find yourself back with a banker or financier of caucasian ethnicity. When a questioning middle class threaten to pierce the veil of fiat money and false history, the Hegelian dialectic is the favored weapon of attack by the secret power brokers.

The incomprehensible justifications for “racial damnation” follow a rising scale, where Orwellian double-speak eventually diffuses into the language and discourse. Anyone who has ever listened to Chinese radio will testify to the stupifying effects of the jargon employed by the political class and its servants.

Good and evil are universal concepts; they are discerned by the heart as much as through the head — the oppression and subversion of free thought, the censure of speech and intimidation through violence are as corrosive on Earth as they are on Alpha Centauri. Society is indeed taking sides and experiencing a great divide: between good and evil — now and from the past. Sometimes dramatic and sustained resistance is necessary to face down tyranny and expose injustice, but amid the barbarian clamour for reparations and an “eye for an eye”, the crowd might save some ire for the real supremacists lurking in the shadows, pulling their strings.

Some “sins of the fathers” are indeed being revisited, if not addressed convincingly. Does this pastiche theatrical witch hunt mean that western society has been living a lie all through the Flower Power generation and racial equality movements of the 1950s and 60s? It is dawning on many people that the capitalist fiat money system has not delivered the American dream for all, as promised by the detergent and auto commercials, but does that mean that we should revert to the caveman ideology of bludgeon and bully?

Perhaps we inherent more than genes from our parents and ancestors — and by suffering prejudice do we atone for their misdeeds through a greater understanding of injustice. When we evolve enough to put away the desire to lash out, and instead use those genetic traits (that everyone seems so proud of) to better ourselves and our world in a peaceful manner, then we save our own skin  from being excoriated — figuratively and literally.

It might have been politically expedient for Giraldus Cambrensis to look down on the Irish, but the dirt on the faces of that pastoral people would have added to the imagined difference that wasn’t even skin deep. His kin would lead the crusade across the water from Wales and Bristol, and in a short few years became “more Irish than the Irish”. What an irony. 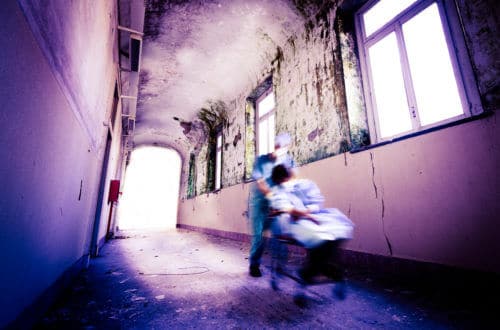 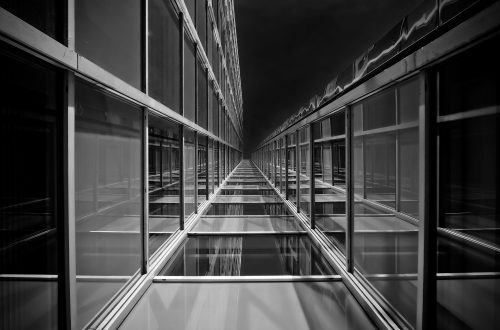 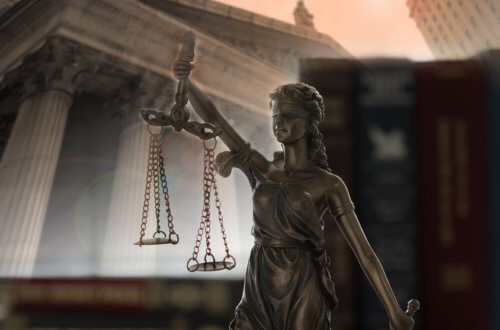