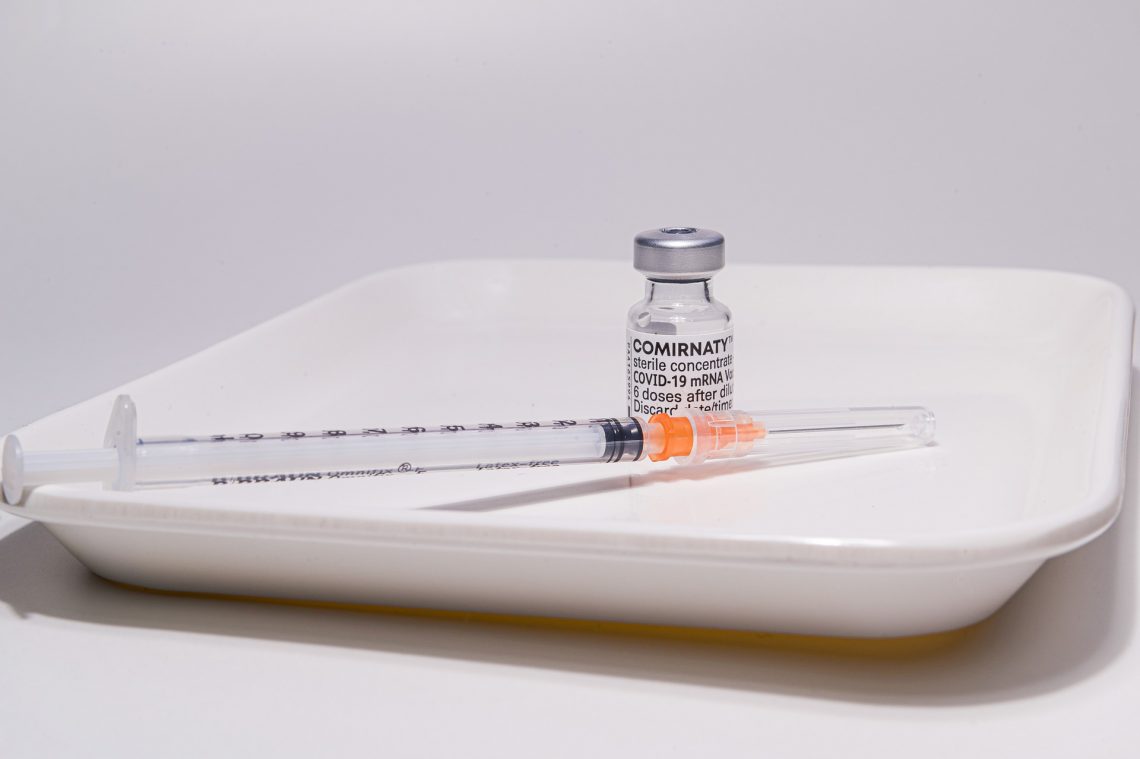 On August 23, 2021, the FDA announced their approval of the first Covid-19 jab.  “The vaccine has been known as the Pfizer-BioNTech COVID-19 Vaccine, and will now be marketed as Comirnaty (koe-mir’-na-tee), for the prevention of COVID-19 disease in individuals 16 years of age and older. The vaccine also continues to be available under emergency use authorization (EUA), including for individuals 12 through 15 years of age and for the administration of a third dose in certain immunocompromised individuals,” the news release stated.

The legacy media quickly picked up their talking points and ran with them. Soon after, mandates swept across the public, private and academic sectors. “Let me say this loudly and clearly,” Biden announced, “If you’re one of the millions of Americans who said that they will not get the shot…until it has full and final approval of the FDA, it has now happened.  The moment you’ve been waiting for is here.  It’s time for you to go get your vaccination and get it today.”  Understandably so, the public has been led to believe that the jab currently on the market has full FDA approval – which is nothing short of a bait-and-switch.

While the FDA did offer BLA approval for BioNTech’s Covid-19 jab labeled “COMIRNATY,” (which is currently in limited supply in the United States) the Food and Drug Administration also provided an extension of the EUA for the Pfizer BioNTech Covid-19 jab (of which there is still a significant amount in stock.)  The FDA also authorized “use of COMIRNATY (COVID-19 Vaccine, mRNA) under this EUA for certain uses that are not included in the approved BLA.”  Furthermore, Pfizer’s fact sheet states that “The FDA-approved COMIRNATY (COVID-19 Vaccine, mRNA) and the EUA-authorized Pfizer-BioNTech COVID-19 Vaccine have the same formulation and can be used interchangeably to provide the COVID-19 vaccination series.”

There are now two seemingly identical products that are “legally distinct” – one jab which is currently available under EUA, and another FDA approved jab which is not widely available to the American public.  It is unclear when, if ever, the FDA licensed version of Comirnaty will be fully in stock in the United States.  It could be weeks, months, or even later, although there have been some reports that jabs labeled “Comirnaty” are already in circulation in Europe and elsewhere.  As long as an EUA for the same product exists, it seems that Pfizer has little incentive to quickly jump through the necessary stringent legal hoops required for their Comirnaty jabs with the FDA stamp of approval clearly marked on the labeling.  Disclosures on any biological product deviations, adverse events, or content of labeling (as required in the FDA approval letter) may be reasons for delay. According to the CDC, as of August 18, 2021, there have already been 6,968 deaths after receiving a Covid jab, reported through their VAERS system.

As for the currently available jabs offered under the extended EUA issued to Pfizer, “All descriptive printed matter, advertising, and promotional material relating to the use of the Pfizer-BioNTech COVID‑19 Vaccine” (presumably whether they are labeled “Comirnaty” or not) must “clearly and conspicuously state” that:

• This product has not been approved or licensed by FDA, but has been authorized for emergency use by FDA, under an EUA to prevent Coronavirus Disease 2019 (COVID-19) for use in individuals 12 years of age and older; and

Why would the FDA make an “approval” so unclear?  If this FDA approval was an attempt to establish public trust, they have failed miserably. Now, with help from the propaganda arm of Big Government and Big Pharma, their message has broadcast across the nation: “Pfizer’s Covid vaccine is FDA approved. Let’s start mandating it.”  The government and pharmaceutical companies are well aware that most people are not trained in deciphering double-talk legal jargon and likely won’t think of checking the actual labels. Like practically everything Covid related, the government has managed to make this whole “FDA approval” process as clear as mud.  Now millions of Americans who are facing pressure from mandates by schools and employers find themselves sifting through murky legalese while asking, “Is the jab they are trying to force on me FDA approved or not?”

Since the announcement of this so-called approval, well-informed critics such as Robert F. Kennedy, Jr., have been scouring the fine print and raising glaring concerns, which have been purposefully overlooked by the mainstream media.  In an article co-authored by RFK, Jr. entitled ‘2 Things Mainstream Media Didn’t Tell You About FDA’s Approval of Pfizer Vaccine,’ it explains, “the FDA pointed out that the licensed Pfizer Comirnaty vaccine and the existing, EUA Pfizer vaccine are ‘legally distinct,’ but proclaims that their differences do not ‘impact safety or effectiveness.’  There is a huge real-world difference between products approved under EUA compared with those the FDA has fully licensed.  EUA products are experimental under U.S. law. Both the Nuremberg Code and federal regulations provide that no one can force a human being to participate in this experiment. Under 21 U.S. Code Sec.360bbb-3(e)(1)(A)(ii)(III), ‘authorization for medical products for use in emergencies,’ it is unlawful to deny someone a job or an education because they refuse to be an experimental subject. Instead, potential recipients have an absolute right to refuse EUA vaccines.”  The simultaneous FDA license of Comirnaty and EUA extension of virtually the same jab in all but legality seemingly attempts to blur the lines of this fundamental issue that impacts millions of Americans.

Under Emergency Use Authorization the Pfizer jab is shielded from liability, while key questions have been raised regarding their liability under the FDA approved version of the jab. It appears that Pfizer will be able to exploit yet another legal loophole due to the Public Readiness and Emergency Preparedness Act (PREP Act). In March of 2020, the PREP Act was enacted to “provide liability immunity for activities related to medical countermeasures against COVID-19”.  The Act implies that it provides immunity from liability for all vaccines regardless of their FDA approval status.  Importantly, this declaration of immunity excludes cases of “willful misconduct.”  The PREP Act established that a compensation program called the Countermeasures Injury Compensation Program (CICP) will be used for Covid jab related injury claims. According to their latest data as of August 2, 2021, CICP has received 686 injury or death claims from Covid-19 vaccines and has yet to award any compensation for those claims. While the public may have limited ability to seek compensation for injury through the CICP program, it looks like Pfizer will be protected from liability for both their EUA and FDA approved jabs.  How exactly are these Herculean efforts to shield the pharmaceutical giant from liability supposed to instill confidence in the public?

As with every aspect of this entire Covid agenda, misleading the public has been the name of the game.  The latest FDA bait-and-switch is no different.  Their scheme is clearly designed to provoke businesses and schools into the enforcement of Covid jab mandates, while falsely leading the American public to believe the mandates are legal.  They may have succeeded in fooling some thousands of unsuspecting people into succumbing to the pressures imposed by mandates due to this legal trickery, but if the entire point of this exercise was to instill confidence in an already broken and corrupt system – undoubtedly millions remain justifiably skeptical.

Independent Journalist and Co-host of the Dig It! Podcast 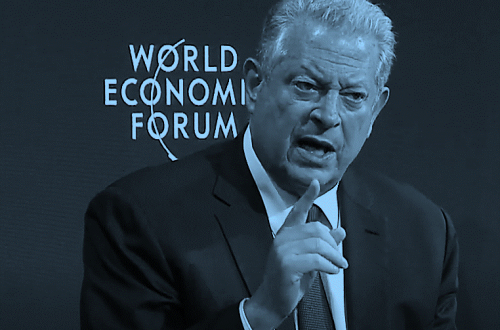 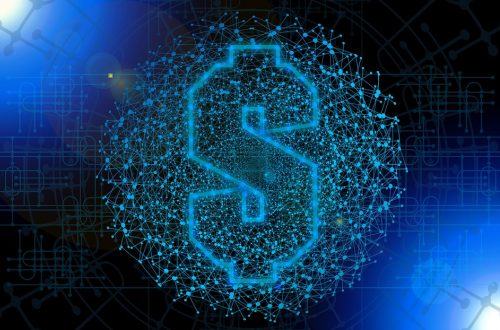 I Want to Stop CBDCs – What Can I Do? 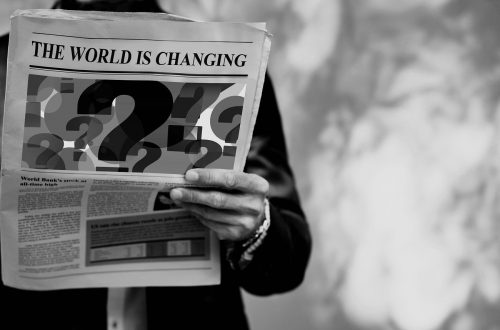 Citizen Journalists Usher in A Changing of The Old Guard