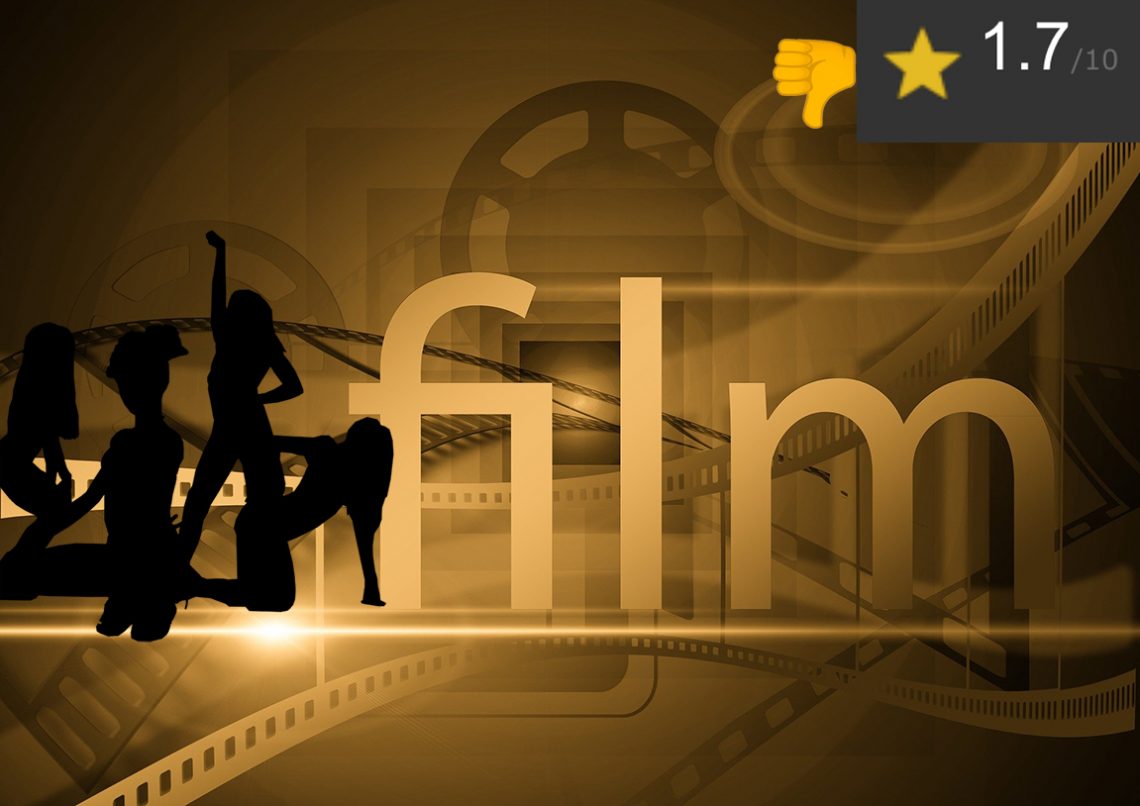 The controversy that kicked off over a poster for a new Netflix film called “Cuties” has intensified after the release of the film on September 9 in the US exploded claims by the streaming service that the artwork did not reflect the film.

“Cuties is a social commentary against the sexualization of young children,” a Netflix spokeswoman told the Daily Caller on Thursday. “It’s an award winning film and a powerful story about the pressure young girls face on social media and from society more generally growing up – and we’d encourage anyone who cares about these important issues to watch the movie.”

However, nearly 600,000 people have signed a Change.org petition titled, “Cancel Netflix Subscription”. The French film has also prompted the hashtag #CancelNetflix to trend on social media.

Netflix stock dropped from $509 on Wednesday to $480 at mid-day on Friday — wiping several billion dollars from its valuation since the #CancelNetflix hashtag started trending — although this flux could also be attributed to general market conditions.

“I discovered the poster [at] the same time as the American public,” director Maïmouna Doucouré said in an interview this month with Deadline. “My reaction? It was a strange experience. I hadn’t seen the poster until after I started getting all these reactions on social media, direct messages from people, attacks on me. I didn’t understand what was going on. That was when I went and saw what the poster looked like.”

Doucouré said she hoped Cuties would “make a big change in this world that hypersexualizes children” and said that the Netflix posters were “not representative of the film and especially its message.”

“I really put my heart into this film,” Doucouré told Deadline. She claims the story is partially autobiographical and about “children who have to navigate between a liberal Western culture and a conservative culture at home”.

However, the reaction to the film itself has eclipsed the controversy over the original poster. Indeed, the movie is rated TV-MA by US authorities, which carries the advisory: “This program is intended to be viewed by mature, adult audiences and may be unsuitable for children under 17.” This adult plot stars four 11-year-old girls.

Out of 6,500 reviews on IMDB, the film garners an average of 1.7 out 10. Over at Rotten Tomatoes there is a stark contrast between media critics’ appraisals, averaging at 88 percent, and the audience response, at 3 percent.

According to The Blaze on Thursday, IMDB’s film page for Cuties described a moment in the film as “lawfully defined as pedophilia”.

The page has since been modified, although a visit to internet archive site Wayback Machine confirms the original posts.

Netflix may yet face legal repercussions for airing the film in the U.S., due to violations of Title 18, section 2256 of Chapter 110 — “sexual exploitation and other abuse of children”. The Fifth Circuit court established the “Dost test” in 1986 — a six-factor test to determine if images are child porn: 1. Whether the focal point of the visual depiction is on the child’s genitalia or pubic area; 2. Whether the setting of the depiction is sexually suggestive, that is, in a place or pose associated with sexual activity; 3. Whether the child is depicted in an unnatural pose or in inappropriate attire, considering the age of the child; 4. Whether the child is fully or partially nude; 5. Whether the visual depiction suggests sexual coyness or a willingness to engage in sexual activity; or 6. Whether the depiction is designed to elicit a sexual response in the viewer.

Earlier this month, Turkey ordered Netflix to remove Cuties from its country’s catalogue.

Netflix is currently the biggest streaming service in America. On its board sit Barack and Michelle Obama, Susan Rice, Meghan Markle and Harry Windsor. These normally loquacious media personalities have been very quiet on the controversy.

In an interview with Tucker Carlson Tonight this week, political activist Tammy Bruce said: “Maybe Jeffrey Epstein didn’t kill himself, and he’s working as a consultant — for films, again.”

On the other hand, the New Yorker magazine said the film was done “as a condemnation of the patriarchy.”

The New Yorker had no qualms about endorsing the movie, calling it “the extraordinary Netflix debut that became the target of a right-wing campaign.” Britain’s Daily Telegraph called it “a provocative powder-keg for an age terrified of child sexuality.”

Netflix has described it variously as a “social commentary against the sexualization of young children” an “award winning film” and “a powerful story”.

So is it an indictment of child sexual exploitation or a celebration?

And where does the #MeToo movement stand on this issue? Was it hijacked and then discarded by globalists for their disruptive agenda, causing it to implode? Or did its public supporters run for the hills under the weight of hypocrisy of messages emanating from celebrity mouths?

The film choreographs the children to be suggestive and sexual in scenes that place the emphasis on the characters being inherently sexual, rather than innocents who are being conditioned by social media. Even the scene on the bed with Amy (Fathia Youssouf) and Angelica (Médina El Aidi-Azouni ) involving them prostrate and gobbling up candy on the “marital bed” is reminiscent of pornographic scenarios. What justification was there for having close up shots on the crotches of the girls and on the exposed bottom of one child, after she has her pants forcibly removed — itself an aggressive sexual behavior?

The dance routine by the girls involves them twerking, lying on the floor face down while pumping their buttocks in simulated sex, posing with their legs spread wide, and touching themselves intimately. On their way to the competition, they are stopped by security guards, who are then “twerked” by the girls in order to gain entry. The plot involves one girl photographing her vagina and posting it online, a five-year-old taking a turn at webcam porn, the protagonist at one point tries to snap a photo of a boy in a urinal, and a girl is shown blowing up a used condom.

If this film was about exploring the sinister aspects of objectification and sexualization of children, then it could have carried subplots that highlighted the seedy nature of rap and Latin culture’s self-sexualization tropes and the mental health effects of pre-pubescent sexualization. Instead, the film borrows shooting conventions and stylistic devices from the porn industry to create a perverse lens through which the audience must participate if it is to engage with the story. One does not come away after an hour and thirty-six minutes feeling more knowledgeable of, or empathetic towards, a young girl’s world view, but rather as someone who has been guided through an experience of scopophilia. This is not even the so-called male gaze, but rather the pervert’s gaze.

Doucouré says she has also received “extraordinary support” from the French government, and that the film will be used as an educational tool in her home country.

She signed with Creative Artists Agency in Los Angeles after her film was selected for the Sundance festival. CAA was of course closely associated with Harvey Weinstein.

Pixar and Disney films for children have been found to contain pizza delivery trucks, in the former, and the rectangular squiggle that the CIA identified as a pedophile symbol in the latter’s movies. Although there is no evidential link between those symbolic inclusions in their kids’ films, sexual or phallic imagery has been found in Disney films going back decades. Just because Cuties is a foreign language film does not exclude it from scrutiny on those terms.

The liberal media commentators who call the controversy over Cuties a “right-wing” campaign say that most of those people haven’t even seen the film. But having seen the film myself, I would say that the columnists in the corporate media haven’t watched the film with an expert, semiotic eye.

As has been reported extensively on this site, sexual crimes against children reach into all corners of state institutions, not least the church. What is becoming apparent now is that a $150 billion industry exists to exploit and traffic youngsters, as evidenced by the widespread arrests and military operations across the country instituted by the current administration. Those figures and harsh realities are not so easy to dismiss, even though they may not sit well in the cocktail bars of the liberal cognoscenti or be given adequate coverage by the corporate media.

Cuties has polarized opinions between the media’s arbiters of taste and the general public, but judging by the swift uproar and pragmatism calling for its removal from Netflix, the film may well suffer what the French call “la petite mort”. 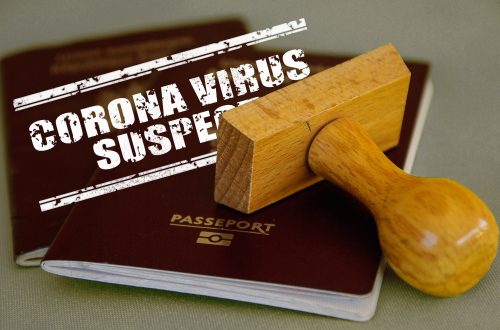 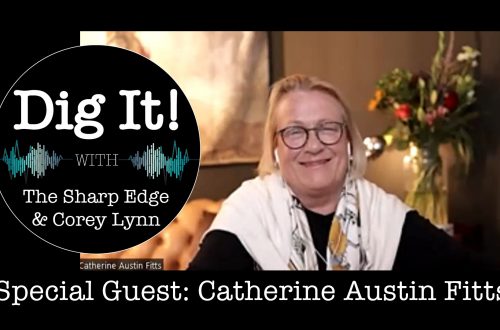 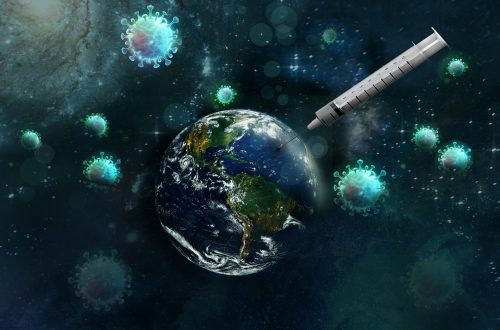 Jab Wannabes Get The Bum’s Rush