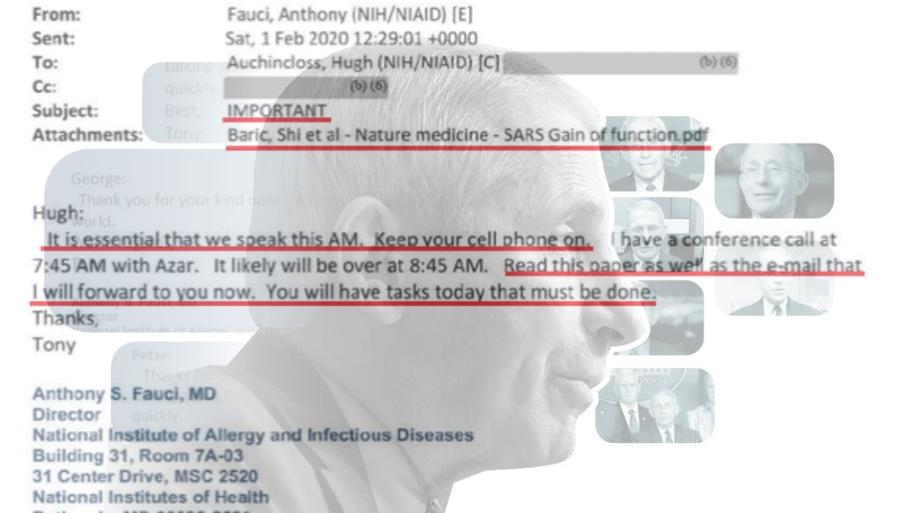 “The tide is turning…The dam is about to burst…This is going to be a bad day for Dr. Fauci,” predicted Senator Paul in a statement last week. Little did we know a floodgate of Fauci’s emails would burst open to the public this week.  Rand Paul’s statement couldn’t be more accurate, and based on the emails, it appears that Dr. Fauci has many more bad days ahead of him.

The trove of Fauci emails released to the public, which came by way of a FOIA request by Buzzfeed, reveal patterns of cover-ups, censorship, coordination and control.  Among the 3,234 pages, key insights have been gained, but there are surely more to come in the near future. Here are some of the findings from Fauci’s opened floodgate so far:

“The unusual features of the virus makes up a really small part of the genome (<0.1%) so one has to look really closely at all the sequences to see that some of the features (potentially) look engineered.”

“Thanks, Kristian. Talk soon on the call.”

Fauci was notified by Kristian G. Anderson, as early as January of 2020, that the virus could have been genetically engineered, and he followed up with a subsequent teleconference call.

Jeff Carlson, writer for The Epoch Times, did a brilliant thread summarizing the chain of emails and conference call that ensued around this topic. A lot of people were involved in controlling the narrative.

Two months after this email was sent, Dr. Andersen reversed course and published his “proximal Origin” paper where he helped shield NIH/NIAID and Dr. Fauci from potential probes into gain of function funding. Five months after publishing this paper, he received $1.88 million in CREID funding from the NIH. Following these email dumps last week, Dr. Andersen began deleting over 5,000 of his Twitter tweets and received a lot of backlash, and has now officially closed out his Twitter account.

“It is essential that we speak this AM.  Keep your cell phone on…Read this paper as well as the e-mail that I will forward to you now.  You will have tasks today that must be done.” (Attached .pdf entitled ‘Baric, Shi et al – Nature medicine – SARS gain of function’)

“As per prior email.” (Forwarded article ‘Mining coronavirus genomes for clues to the outbreak’s origins’ with a mention of NIH/NIAID grant recipient EcoHealth Alliance)

“Information and discussion is shared in total confidence and not to be shared until agreement on next steps” (Teleconference discussion regarding attached .pdf entitled ‘Coronavirus sequence comparison [1]’)

Fauci then attended a confidential teleconference call with Kristian Anderson and others regarding the Coronavirus sequence comparison. It appears that Fauci and others were worried that the virus could have been genetically engineered, and that the NIH/NIAID research grant may have contributed to the research.

April 18, 2020 From: Peter Daszak (EcoHealth Alliance & part of the WHO investigation into the virus origins) To: Anthony Fauci and others

“I just wanted to say a personal thank you on behalf of our staff and collaborators, for publically standing up and stating that the scientific evidence supports a natural origin for COVID-19 from a bat-to-human spillover, not a lab release from Wuhan Institute of Virology.”

Despite all of the evidence Fauci received regarding the possible genetic engineering of the virus, Fauci publicly stated that the evidence supports a natural origin.  Peter Daszak of EcoHealth Alliance, which is the organization that received the NIH/NIAID grant, later thanked Fauci.

Texas News Today just reported that “Dr. Peter Daszak was spotted outside of his million-dollar home in upstate New York on Friday, just as DailyMail.com learned that he has ‘ignored’ a request from Congress to answer questions about his charity’s funding of the Wuhan Institute of Virology.”

Tucker Carlson summarized this sequence of emails and their implications well.

Eager to assist Fauci in controlling the narrative, Big Tech billionaire, Mark Zuckerberg, had a direct line of communication to Fauci, which highlights their cozy relationship. They even exchanged phone numbers to speak privately – presumably to discuss the more sensitive parts of their plans (i.e. to censor and suppress opposition). Note that a significant portion of Zuckerberg’s proposal was redacted.

“Francis:  Do you have a minute for a quick call? Tony”

On February 1 2020, Zerohedge was suspended on Twitter following their publication of the article entitled ‘Coronavirus Contains HIV Insertions Stoking Fears Over Artificially Created Bioweapon’ which was linked in the Fauci emails noted above.

“As I mentioned to Bill [Gates] yesterday evening, I am enthusiastic about moving towards a collaborative and hopefully synergistic approach to COVID-19…”

Here is an example to highlight the close relationship between Fauci and Bill Gates. They seemed to be in regular contact, coordinating their efforts to push forward on a vaccine. In fact, Tucker Carlson noted that Gates is mentioned more than two dozen times in this trove of emails.

“Masks are really for infected people to prevent them from spreading infection to people who are not infected rather than protecting uninfected people from acquiring infection. The typical mask you buy in the drug store is not really effective in keeping out virus, which is small enough to pass through the material…I do not recommend you wear a mask.”

There is a stark difference between Fauci’s stance on masks when speaking privately versus his public statements. It is clear that mask mandates have been imposed for the purpose of control, rather than any belief that they actually work.

“In sum, we need to isolate the vulnerable and realize that the mortality rate for people outside of that group is likely lower than the flu.”

Fauci brushed off sound advice and proceeded to enforce devastating lockdowns for the entire country.

“I’m hoping your department has contacted the Bill and Melinda Gates Foundation and see if you could make the following idea national or international.  It is a supplemental health system based on AI and mobile technology…keeps TRACK of where the cell phone owner is…For all I know something like this is already in the works…I sincerely hope this is already in the works.”

Fauci showed interest in tracking citizens early on, forwarding this message with a request to “Please handle.”

On June 3, 2021, Dr. Fauci went on CNN to respond to the emails, laughing it off, stating that he still thinks the origin is from a “jumping of species,” and sounded no more believable than he has over the past year.

The floodgates have been opened, the tide is turning, and the dam is about to break.  As revelations from this trove of Fauci emails continue to unfold, one thing is becoming abundantly clear – Senator Rand Paul was right. This is a very bad day for Fauci, and by the looks of these emails, he has many more bad days to come.

A big shout out and thank you to The Sharp Edge for her work on this report. 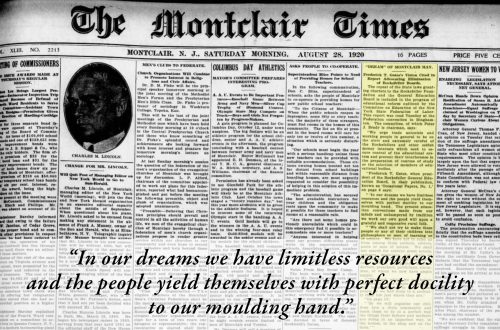 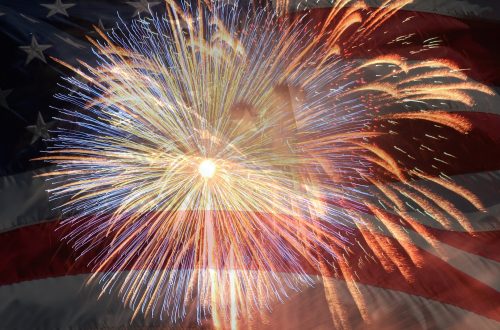 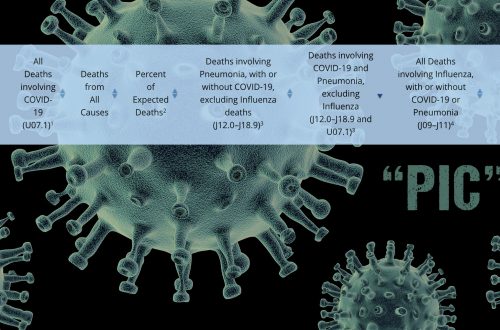