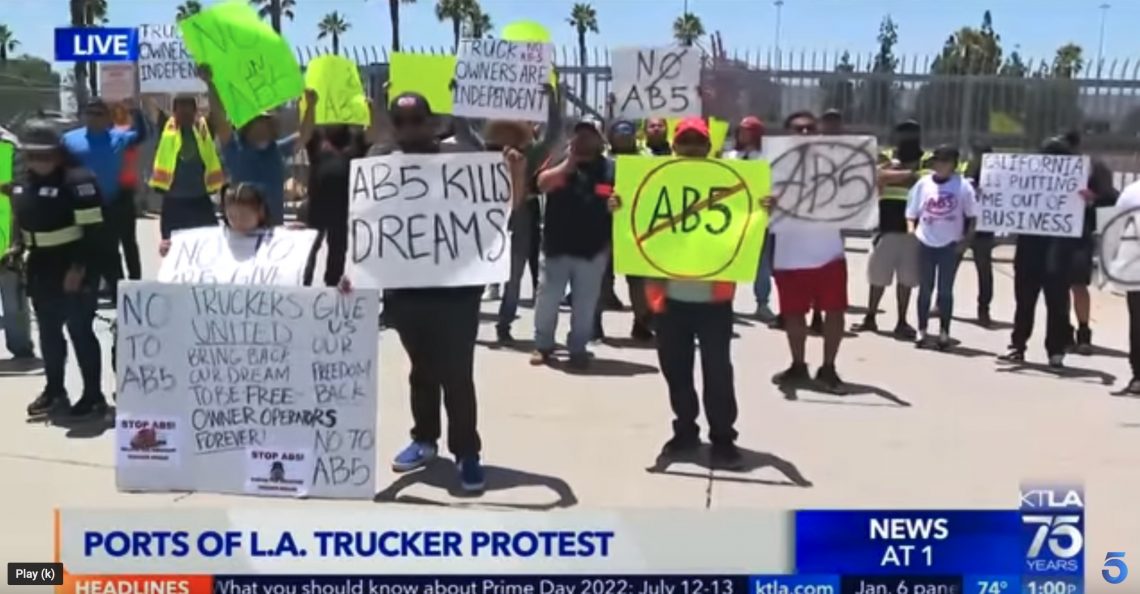 I was tasked with looking for evidence of supply chain disruptions through the eyes of a trucker, so I ran across this situation with potential to be a huge disrupter.

Corey asked me to introduce myself, so I will say that I’ve been driving tractor-trailers over the road since 1996. I am constantly listening to interviews, commentary, audiobooks and podcasts, learning as I drive. I’m running all across the USA, gathering information to share, and the buzz in trucking right now is with California Assembly Bill 5; also referred to as AB5.

The 2019 law reclassified many self-employed workers as employees, targeting companies such as Uber, Lyft, and Door Dash. It went after FedEx and other trucking companies who have been able to make contractor arrangements that keep drivers off their payrolls. The truckers that haul containers out of the ports have been a target of the unions for a long time. The AB5 law forces more drivers to be classified as employees, subject to California’s labor laws.

So, to make a long story short, Uber, Lyft and Door Dash funded a 2020 ballot question, Proposition 22, which won them exemption from AB5. This is now tied up in court, so we will put this group aside for our discussion about the truckers. Also, another bill was passed in 2020, Assembly Bill 2257, which exempted specific categories of self-employed white-collar and blue-collar workers, but still not the truckers.

What About the Truckers?

In the afterglow and intensity of the Roe v. Wade bombshell, all the focus was off the topic of California employment classifications. The talk around trucking was hopeful that the independent contractor status-quo might survive, at least for now.

You might imagine then, that the decision landed like a turd in the punchbowl. SCOTUS would not be hearing the appeal. Not this time and not next time. Not any time.

Trucking companies are scrambling to come up with some kind of solution fast. They are left on their own to come up with ways to comply with the law. Lawyers are weighing in with advice on how to restructure owner-operator lease agreements.

The CA Labor & Workforce Development Agency will be investigating any complaints of employee mischaracterization.

Which Drivers Are Affected?

There are a couple different ways that owner-operators set up their businesses. There are the traditional owner-operators that run everything themselves. They have their own authority to be a trucking company. They file all their own highway taxes. They pay their own insurance. They run their own businesses and they book their own loads from a broker. As long as they are not being directed on how to do their work, these truckers are not the ones affected by this law.

So which drivers are affected? These are the owner-operators that sign-on with a single trucking company. They may own their truck outright, or they may lease the truck from the company. They run under the carrier’s authority, which means the carrier pays the highway taxes and insurance. The company finds the loads. The driver buys their own fuel, and they may get a fuel surcharge as prices rise. This is a popular way to get into being an owner-operator because the company does the tax filing, the insurance shopping, and the rate negotiating for the driver. There are A LOT of these owner operators out there.

Anyone living and driving in CA under the authority of a trucking company will be under scrutiny. The port drivers know they will be the first to be targeted. Questions surround whether or not a non-California driver can still come into the state and pick up loads while under a trucking company’s authority. Whose state labor laws apply under what conditions? What if the trucking company has a base in CA as well as other states? There is uncertainty around how far reaching AB5 could be, and until there are rulings and court challenges, questions will remain.

This week, there were hundreds of port drivers out protesting AB5. Rather than picking up loads, they were outside demonstrating. Many of them drove their trucks slowly on the freeways, attracting attention to their cause. These port truckers are happy with their current owner-operator lease agreements and are determined to keep things this way. They know they are being targeted by AB5, so this is their last hope to create a political solution for a political problem.

Containers are backing up in the ports. Unions are negotiating new contracts. AB5 is just the latest in a series of problems creating delays in California’s ports. Will there be more protests or will this be resolved somehow? Right now, it looks like a stand-off.

Some Over the Road Truckers May Just Avoid CA Altogether

California has a lot of freight. Asian manufacturing is shipped through the west coast ports. Silicon Valley and the Central Valley ship high-tech electronics and low-tech produce. Almost 12% of the U.S. population lives there.

There are truckers who just refuse to go into CA altogether. More and more, truckers are saying, “just don’t go there.” Environmental laws make older trucks illegal. Diesel fuel is expensive, and the truck speed limit is 55. The AB5 law will add more truckers to those who stay out of California completely, which will add more inefficiencies into the system.

What may have to happen is that most of the affected owner-operators will have to choose whether to become employees or apply for their own authority. I’m guessing that at this time, with high fuel prices and an uncertain economy, most would probably choose to take the safer route of becoming company drivers. Perhaps the company would pay to lease back the truck from the driver. These arrangements might take some time to be negotiated.

If instead, the driver chose to apply for his own authority, there could be a month or two wait for all of the paperwork and insurance to get finalized.

After considering these options, some drivers may choose to leave trucking altogether. These are issues that come up when we look at possibilities of disruptions in our supply chain.

All Eyes on California

Many laws that begin in California spread across to other states. There is speculation that the AB5 law will be replicated in other states. If this happens, there will be a lot of restructuring to come for the trucking business.

In the near term there will be supply chain disruptions and added costs. Now the question becomes, how much impact will this foreseeable, yet sudden, predicament create?

Robin has been a long haul trucker since 1996, has her ear to the ground, eyes on the road, and finger on the pulse – reporting timely insights and observations on supply chains and the trucking industry. 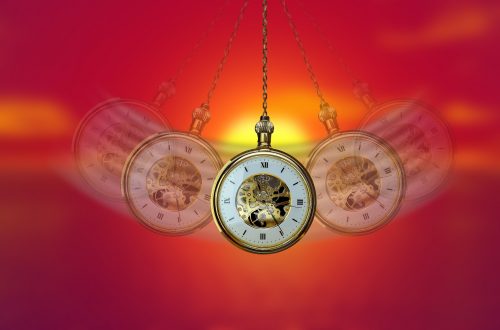 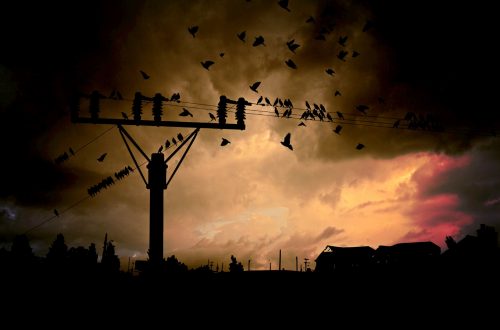 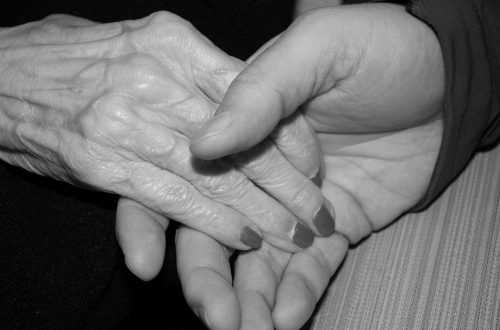