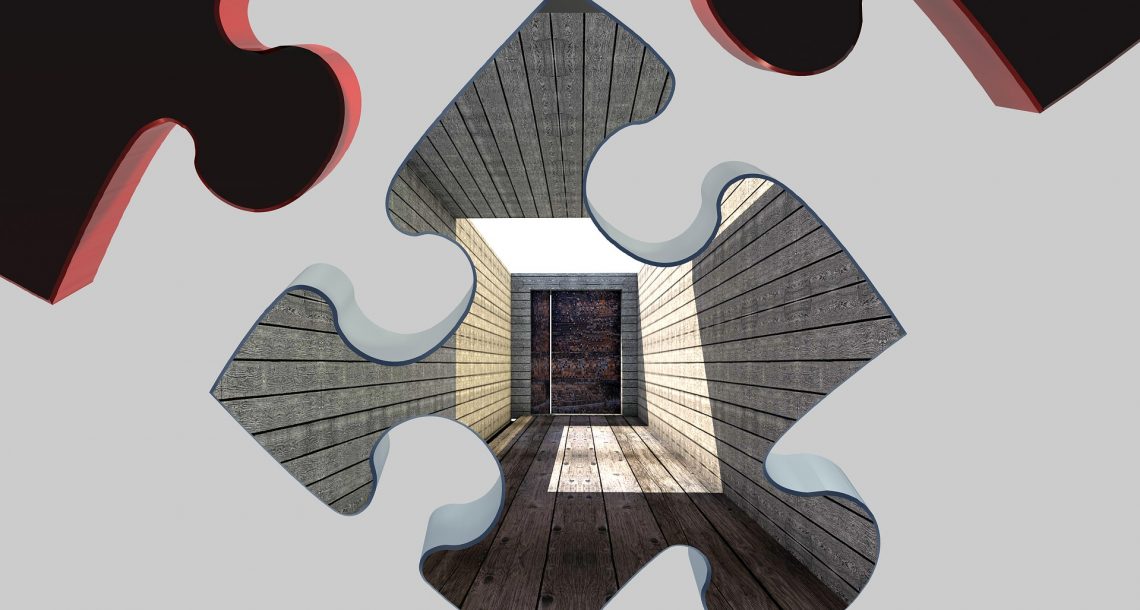 If you are finding yourself spiraling over the coronavirus and recent events, you better hold on to your seats. The name of the game is fear, and you are right smack in the middle of its path. How you choose to let it impact you, is the choice between walking a tight rope or floating on a cloud with a bird’s-eye view. Imagine the beauty of being able to fly, coasting above it all, breathing in fresh air, while the turmoil swirls beneath you – and you are totally unaffected by it. Are you?

Are your shares drifting amiss in the stock market as the coronavirus scare tactics ensue? There’s a good chance of that. Will they eventually bounce back? More than likely. Money is the number one cause of panic for most people. They feel that if they lose a great deal of money, they have lost “everything.” It’s amazing how liberating it truly is when one actually does lose all of their money and material possessions – yet most fear it. People tend to spend the majority of their time working to earn money, figuring out how they want to spend that money, buying up material possessions they then have to maintain and take care of, stressing about how they can pay for everything they just accumulated, and leave little room for the really important things in life. Money isn’t everything – in fact, it is the roadblock between you and your soul. That said, panicking over the stock market, something of which you have little control over, will take the wind right out of your sails – and to what avail? Making decisions while in a state of panic is a fool’s move that could prove to have a negative effect on you, as well as many others. Think logically. Meanwhile, enjoy those low gasoline prices while you can, as Russia and Saudi Arabia continue to battle over oil.

Tucker Carlson felt it necessary to sound the alarm bells to the fact that China produces 95% of our antibiotics and some other medicines. Whereas it was wise to bring this to everyone’s attention, he took it to the fear level of suggesting that if your child gets a bad cut and needs an antibiotic, you may watch him or her die. That’s top-notch fear mongering there. But what most people missed, was the underlying message. It’s time for the U.S. to produce all of our medicines within the U.S., and I suspect that is already underway and has been a focus of President Trump’s for quite some time now. This event could essentially catapult that change. Why is this so significant? It is a pattern that Trump has been spearheading since he got into office – bring manufacturing back, be self-sufficient in the oil industry, pulling out of bad deals with other countries, lower drug prices and now we will likely produce our medicines here. With every event, brings forth change, and this is the logical next move.

For those concerned about the drug supply chain, the FDA publishes updates on shortages, and ongoing information regarding any impact we may be seeing from manufacturing plants temporarily closing in other countries, or curbing their exports. They are working diligently on staying on top of any shortage issues so pharmaceutical companies can source ingredients from other suppliers if necessary. Some pharmaceutical companies are also issuing press releases, such as Eli Lily, in regards to several of their medicines and insulin that they do not anticipate having shortage issues with, being as they do not get any of their pharmaceutical ingredients from China. They are one of the biggest producers of insulin, so this is good news!

It is understandable that people on medications may be concerned about potential shortages, but there are three positive outcomes to keep in mind. 1) They are working hard to prevent this from happening and may be able to obtain ingredients from other suppliers, in some cases. 2) Doctors and pharmacists will more than likely be working to find comparable substitutes should that happen. 3) This virus and containment will run its course, and production will resume.

In the grand scheme of things, countries are working together to keep each other apprised of their pharmaceutical imports, exports, availability, and needs. In essence, this could create a strengthening of global coordination for mankind. History has proved time and time again that when catastrophic events happen within a community, state, or country, people from all over rise up to help one another. Even countries step up to help one another, so let’s focus on that, and see the potential unity that could be formed out of this event, in addition to beneficial changes for our country moving forward. Propagating fear and negativity only compound the situation and serves no one.

Just this Monday, California Governor Gavin Newsom praised President Trump and Vice President Pence stating, “He said everything I could have hoped for, and we had a very long conversation and every single thing he said, they followed through on.” Despite the ongoing conflict between the Trump administration and politicians out of California, this is an important sign to show that it is possible for them to work together, and it was needed right now, to reduce the panic many are pushing.

The fake mainstream news, politicians, philanthropists pretending to be virologists, and the top echelons of the scientific community, including the WHO and the CDC, have managed to stoke so much fear and panic that people are rushing to stores to stock up on toilet paper, hand sanitizer, face masks, and some food products. This is happening in multiple countries, including some cities within the U.S. Fortunately, it hasn’t gotten too out of hand in the U.S. yet. How does this happen? They stoke so much fear that a few people start chirping out that they need to stock up because the world is heading into the apocalypse, create videos, post photos, and just like that, every person with a teardrop of fear in them is jumping on that bandwagon. What happens next? The rational people become concerned that the fear hoarders will scoop up everything, so if they don’t jump on the bandwagon, there may be no toilet paper left for them. This is what panic does, and this is exactly what the powers that be are trying to create. Lower the panic dial.

Today, President Trump met with Senate Republicans to discuss an economic stimulus plan. Some of the items they discussed were potential payroll tax cuts with possible “full exclusion,” expanded paid leave, loans to small businesses, and tax relief for hard-hit industries such as airlines and cruise ships. We are currently awaiting the final determination on those. They also stated that over one million tests kits have already been sent out and another four million are going out this week, and that anyone getting tested will not be charged whether they have private insurance, Medicare, or Medicaid. Rest assured, if anyone understands how business and industries operate and the trickle effect it has, it is President Trump, and they are working hard to ensure the economy remains strong and stable.

• Viruses have a shelf life, and this virus will run its course.

• 37,000 people died from the common flu last year, whereas only 22 have died from coronavirus thus far.

• The 30-year average annual death toll from tornadoes in the U.S. is 69. There were 1520 tornadoes in 2019 alone. Is everyone going out and building underground tornado shelters?

At the end of the day, it’s quite clear that borders ARE in fact important. Who and where medications and antibiotics are being manufactured is very significant and needs to be changed. The fact that the U.S. has (in the past) sold out to China, other countries, mega billionaires with NGOs robbing us blind, and other nefarious characters, is all being brought to the forefront in one swift virus kick. Do you see that? Always look for the logic in everything before diving into fear, and always walk through the panic head on so you can come out the other side, realizing that panic serves no one except for the powers that be. Ultimately, the U.S. is becoming more self-reliant, and if that isn’t self-evident, you are missing the bigger story.

The sensationalizing from the media and all of their cohorts will continue. Unfortunately, many people are programmed to see the doom and gloom in everything, so they chew on it like a delicacy. You can spend an hour sharing 10 incredibly positive facts, along with 1 minor negative fact, and they will home in on that single negative fact every single time. Learn how to let go of control, let go of fear, and deprogram the programming. Look for logic and reasoning before jumping off the ledge and trying to take all of your buddies down with you.

Ask yourself these questions:

• Does fear make me feel better?
• Is panic helping me achieve anything?
• Am I able to control this worldwide issue?
• Is my stress having an effect on my family?
• Am I spending too much time spreading my fears to other people?
• Am I part of the problem?
• Do I focus more on negative than positive?
• Is there a way I can help others through this, instead of wallowing in my fear?
• Are there practical things I can do to make myself feel better or safer about all of this?
• Do I spend more time sharing my fears or sharing my love?

Step away from the ledge. If you believe the world is coming to an end, then what are you doing reading this article? You should be out having a blast, spending every minute checking off that bucket list, and enjoying those last moments on earth. You can’t control the outcome, you can only control how you feel about it, and making assumptions will only cause you to spiral worse. But guess what? The world isn’t coming to an end. Have faith, think logically, and spread love. Stop spreading fear – it serves no one.

Spiral down… into logic.

Now what about the coronavirus itself and all of the panic around it? What is really happening? I break some of it down in this video. 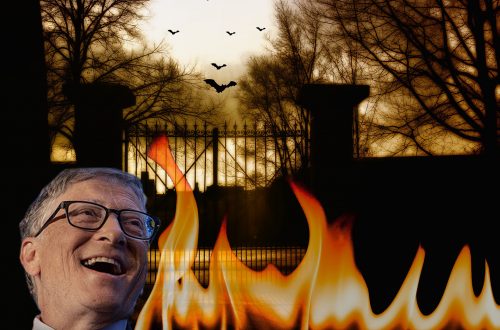 The Gates of Hell: Remove The Gatekeeper & Seal The Doors 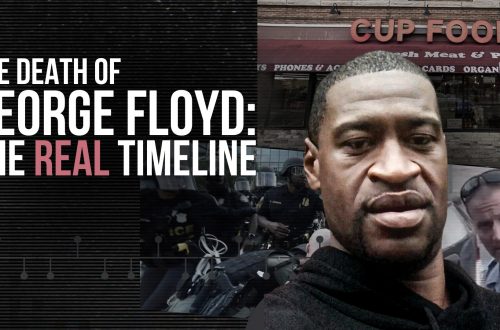 The Death of George Floyd: The Real Timeline 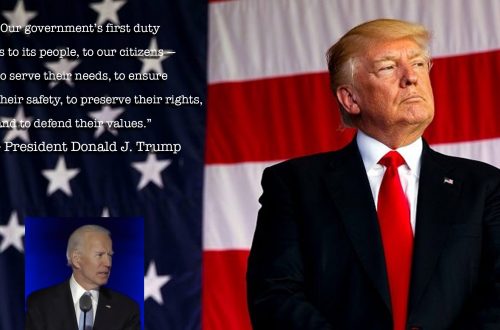