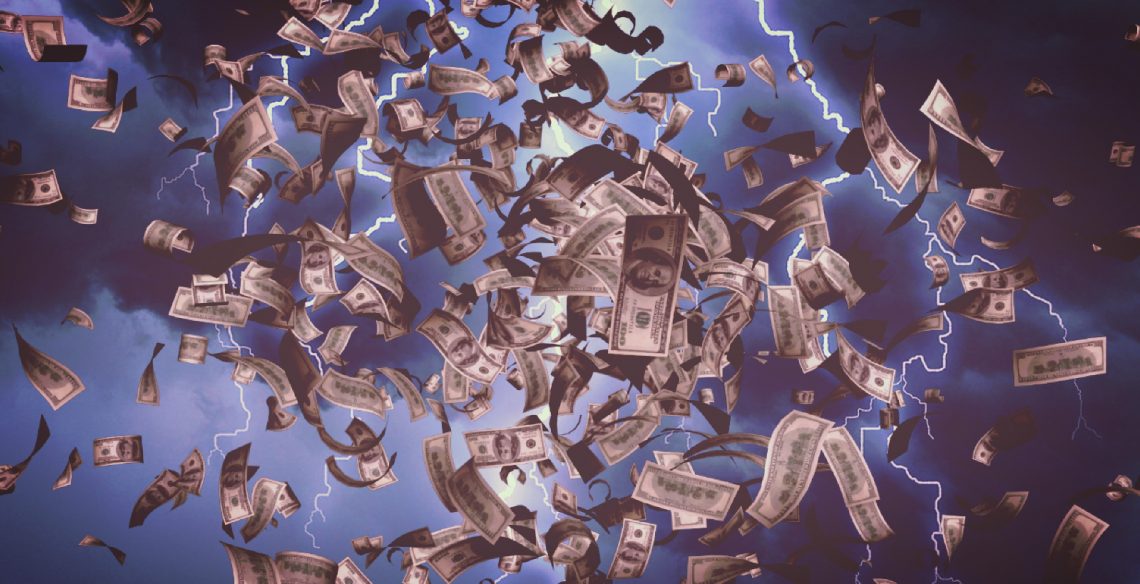 As a driving force placing pressure on public and private sectors to comply, the International Renewable Energy Agency (IRENA) plays a key role in funneling trillions from the global economy while influencing government policies and propping up the climate hoax narrative.  While IRENA is pivotal in the “no-regrets” initiative to transform the global economy, the international organization enjoys immunities and privileges which allow them to operate without transparency or accountability.

The International Renewable Energy Agency (IRENA) was officially founded on January 26, 2009 in Bonn, Germany.  UN planning meetings which took place in the years prior, plus a U.S. House bill to establish IRENA introduced in March of 2008 by Democrat Ed Markey, who is the Senate author of the Green New Deal, suggest that the United Nations and the United States were the major driving forces behind the founding of this agency.  At the time of its founding, 75 countries signed the IRENA statute, while Canada and Russia were the only G8 countries that initially declined.  It was determined in June of 2009 that Abu Dhabi, UAE would be the headquarters of the international organization and a few years later in April of 2011 IRENA held their first assembly.

While only UN member states are permitted to join, IRENA has grown from 85 members in 2011 to 168 members in 2022.  IRENA has become a leading agency to oversee the implementation of the Paris Agreement and the UN 2030 Agenda and is regarded as a “global hub” for facilitating the flow of investments and driving climate policies that transform the global governance and economy into their dystopian vision of full control.  IRENA acts as a “global platform” to synthesize partnerships between international, intergovernmental, non-governmental and private sector parties to act in complete lock-step as they usher in their plan for “A New World.”  The UN considers IRENA to be “the lead intergovernmental agency” for their “global energy transformation.”

IRENA is one part of a global web of international organizations which have been granted immunities and privileges allowing them to operate without transparency or accountability, as outlined in Corey’s Digs report Laundering With Immunity: The Control Framework – Part 1.

Their headquarters agreement with the UAE offers privileges and immunities for their members and assets, while their official documents are inviolable.  Under their statute, IRENA is afforded additional immunities and privileges by way of agreements signed with each of their 168 member nations.

Though IRENA does periodically publish financial and investment reports, tracking the massive transfer of the world’s wealth between international organizations, facilitated by this agency in the name of climate change, becomes an almost insurmountable task due to layers of immunities and inviolability of documents.

IRENA has signed partnerships, contracts, and compacts with numerous organizations to transition the global economy, drive government policies, and prop up the climate hoax narrative.  The goals and commitments vary among agreements, but a common thread among many of the organizations involved in this massive transfer of wealth are their privileges and immunities which allow them to operate outside of the law.

These organizations move billions, if not trillions, between them seamlessly as their immunities and privileges allow them to operate outside of the confines of the law and without fear of reprisal.

IRENA & the Rockefeller Foundation – IRENA has partnered with the Rockefeller Foundation and others, including USAID, to exploit multiple manufactured crises in order to facilitate the massive transfer of wealth.  The Rockefeller Foundation report states, “Even amid an era of unprecedented crises—including the coronavirus (Covid-19) pandemic which has caused incalculable damage around the world in just months —we have a remarkable opportunity to empower the world’s most vulnerable people… By working together across countries, continents, and sectors, we the undersigned believe we can not only recover from this devastating pandemic but also make the world better, more sustainable, and more equitable than it was before Covid-19.”

IRENA & the United Nations – IRENA has partnered with the United Nations and several UN agencies including UNICEF, UNDP, UN Climate Change (UNFCCC), and the Food and Agriculture Organization of the United Nations (FAO) to accelerate the UN 2030 Agenda, facilitate the flow of money to transform the world’s economy, indoctrinate the next generation into their climate religion, and to restructure global agriculture.  IRENA plays a vital role, in partnership with multiple intergovernmental organizations, in the UN’s energy policy to funnel trillions away from oil, coal and natural gas under the guise of energy transformation.

IRENA & the World Bank – IRENA has joined forces with the World Bank, the WHO, the UN Statistics Division (UNSD), and the International Energy Agency (IEA) to produce status reports on renewable energy investments and the need to dramatically scale-up those investments, in part by exploiting Covid and inflation related economic stimulus packages.

Many other IRENA partnerships can be found here and here.

One of the main functions of IRENA is to produce reports which overhype the imminent threat of climate change and praise the imagined achievements of renewables, all-the-while demanding for pouring trillions more from an endless spigot into numerous climate slush funds. The reports IRENA creates are echoed ad nauseum by the UN and others to perpetuate the climate hoax narrative and coerce nations to accelerate their mission to kill the oil, coal and natural gas industries while pilfering trillions from the global economy.

In a prescient 2019 report entitled “A New World,” published in the months leading up to the release of the Covid-19 bioweapon that launched the Great Reset into motion, IRENA predicted the geopolitical fallout that we are watching unfold today, as a result of their plans to radically transform the global energy supply and economy.  The report foresaw that, “The accelerating deployment of renewables has set in motion a global energy transformation that will have profound geopolitical consequences. Just as fossil fuels have shaped the geopolitical map over the last two centuries, the energy transformation will alter the global distribution of power, relations between states, the risk of conflict, and the social, economic and environmental drivers of geopolitical instability.”  IRENA forecasted “social unrest, political infighting and even violence” as well as supply chain disruptions, armed conflicts, currency and fuel price instability, and debt crises as a result of their energy transformation initiative.  IRENA admits in this report that their plans for transforming global energy will “lead to fundamental structural changes in economies and society,” adding that, “The world that will emerge from the renewable energy transition will be very different from the one that was built on a foundation of fossil fuels.”  Did this report serve as a warning or a blueprint for geopolitical and economic transformation?

In their 2021 report entitled “World Energy Transitions Outlook: 1.5°C  Pathway,” IRENA calls for channeling trillions from oil, coal and natural gas, while bilking the global economy out of at least 4.4 trillion each year until 2050, for a grand total of 131 trillion dollars.  Proponents of this massive wealth transfer speak casually of taxing the energy sector, businesses, and consumers to death in order to reach their astronomical $131 trillion goal.

IRENA’s 2022 “World Energy Transitions Outlook” report calls for siphoning off 5.7 trillion per year from the global economy until 2030, stating that, “Given the inadequate pace and scope of the transition, anything short of radical and immediate action will diminish – possibly eliminate – the chance of staying on the 1.5°C or even 2°C path,” adding that, “Despite some progress, the energy transition is far from being on track, and radical action is needed to change its current trajectory.”  Every tool is on the table – from carbon taxing to rationing supply through smart meters.

IRENA’s Director General brags that the war and economic crisis, which they predicted in 2019, have been useful tools in facilitating their global takeover stating that, “The crisis will bring in the midterm an acceleration of the transition.”

As inflation soars and a global debt crisis looms due to massive government overspending, while impoverished citizens face a freezing winter amidst skyrocketing energy costs and rationing, and the globe is on the brink of WW3, IRENA and their globalist co-conspirators pursue a “no-regrets strategy” of accelerating a radical transformation of centralized power and control over the entire world’s wealth, resources and populations.

IRENA joined world leaders, government organizations, NGOs, and mega corporations as they gathered from all parts of the world in their private jets for COP27.  Among the discussion topics were ways to model the so-called ‘climate crisis’ after the public-private partnership to coerce the masses into receiving Covid jabs, tracking the sources of all CO2 emissions, shaking down the fragile global economy for trillions more, and a massive transfer of wealth from rich countries to poor countries through climate reparations.

While the World Health Organization emphasized the need to “push and use the health argument” for hastening the global economic transition, John Kerry described during a WEF panel at COP27 how the World Economic Forum’s climate strategy is modeled after public-private partnerships with Big Pharma that coerced the masses into taking dangerous and ineffective Covid jabs.  Al Gore touted the abilities of Climate Trace to track carbon emissions in order to force businesses and countries into compliance during a COP27 discussion, and echoed IRENA’s World Energy Transitions report calling for four and a half trillion per year to make the transition.  Gore also called for completely revamping the World Bank system to siphon “trillions not billions” from the global economy into the climate Ponzi scheme.

Meanwhile at the G20 Summit, Klaus Schwab spoke of a “deep systemic and structural restructuring of the world” that would give rise to social unrest as incomes are dramatically reduced.  Additionally, a G20 panel confirmed their plans to move forward with a “digital health certificate acknowledged by WHO” in preparation for the next pandemic.  And in a joint declaration signed by G20 members to enforce global vaccine passports, digital IDs, and digital currencies while siphoning the world’s wealth into climate hoax slush funds, IRENA and several other international organizations with privileges and immunities were credited for their policy recommendations.

As financial commitments nearing a billion dollars pour into IRENA’s Energy Transition Accelerator Financing Platform (ETAF), IRENA and other co-conspirators have mounted an effort to drain off 131 trillion dollars, killing the energy sector and further destabilizing the fragile global economy.  As “the lead intergovernmental agency” for the UN’s “global energy transformation,” IRENA is positioned to act as a “global hub” for the flow of vast sums of monies exchanged among a multitude of organizations that are shielded from oversight by immunities and privileges.  It is time to end the climate boondoggle as well as the immunities and privileges for organizations which seek to undermine national sovereignty, drain the wealth of nations, and establish a New World Order.

Co-host of the Dig It! podcast and guest writer for Corey's Digs 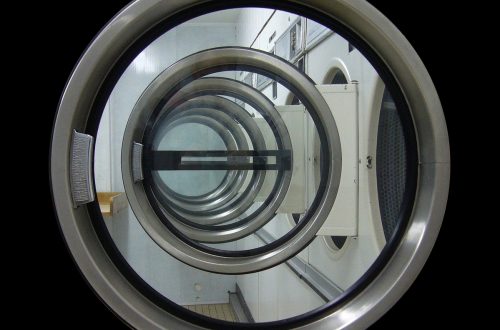 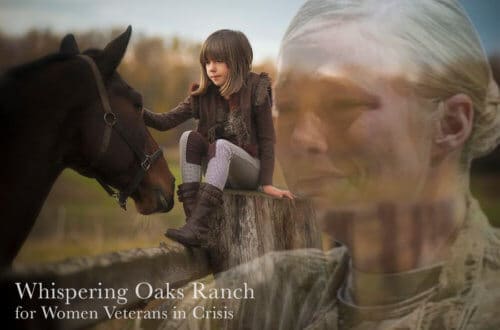 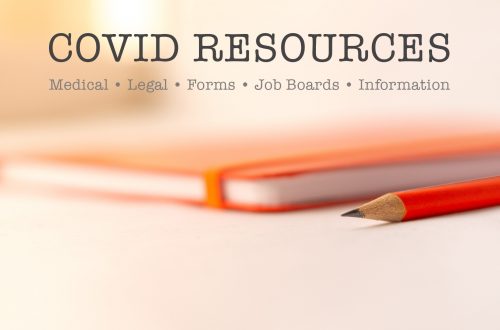