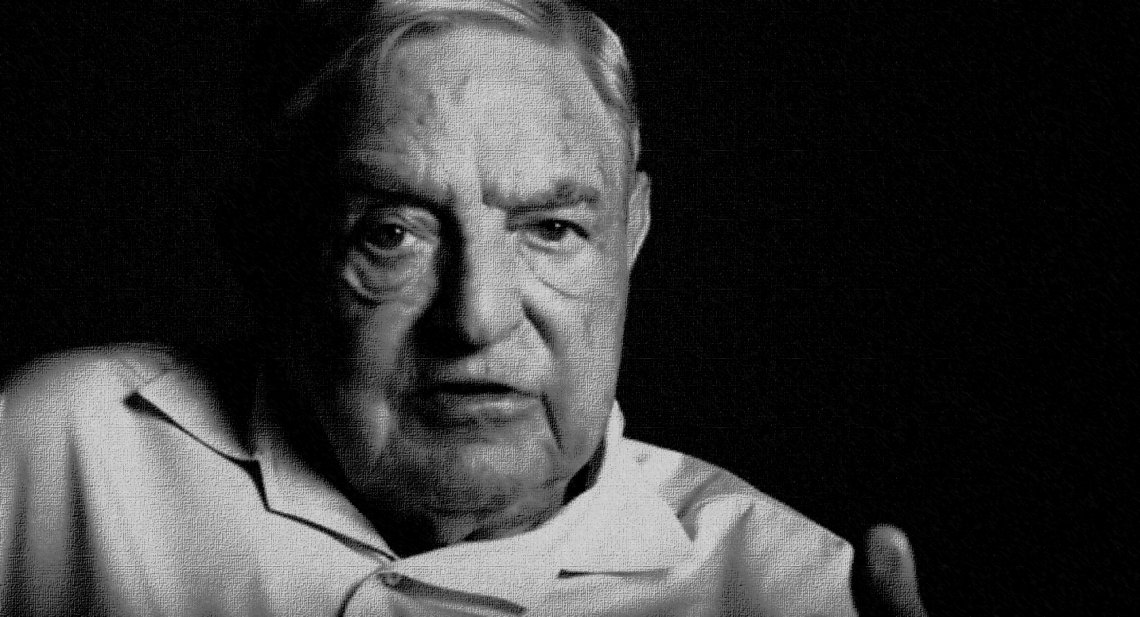 George Soros, best known for backing left-wing causes and his propaganda campaigns in over 120 countries, has deep ties with the Global Fund in many locations. Two such locations are Russia and the Ukraine.

For clarity, the Global Fund to fight AIDS, Tuberculosis and Malaria was founded in 2002 by Bill and Melinda Gates, the late Kofi Annan, Jeffrey Sachs, and Amir Attaran. It is headquartered in Geneva, Switzerland.

1) The Open Health Institute (OHI), founded in 2003, was one of the largest NGO’s in Russia – owned by George Soros. Coincidentally, in 2003 just after receiving their first $88 million-dollar grant from the Global Fund, all of the Open Society’s offices, located in the same building, were taken over by 40 unidentified, armed individuals who forcibly evicted the employees and carted away documents, computers, and other belongings. Curious.

According to Devex, The Open Health Institute’s (OHI) primary funder is USAID, with additional funding from Russian agencies, The Global Fund, World Bank, Open Society Institute and the UK Department for International Development.

Fast forward to November, 2015 – the Russian Prosecutor General’s Office recognized George Soros’s Open Society Institute and “another affiliated organization” as “undesirable groups,” which banned Russian organizations and citizens from participating in their projects. What does this mean exactly? They found Soros’s operations to be a threat to national security, and prosecutors had launched a probe into both organizations in July after establishing the new law on “Undesirable Foreign Organizations” in June. Once a group is recognized as “undesirable” its assets in Russia are frozen, its offices are closed, and any of their materials in distribution must be banned.

A couple of things that don’t add up. A) Russia allegedly put the boot to Soros’s organizations in 2015. B) Reuters closed out their article by stating that the “Soros Foundation began working in Russia in the mid-1990s, but wrapped up its active operations in 2003.” Yet, OHI continued to receive funding up through 2017 from the Global Fund for their work in Russia with AIDS. In fact, the financing between the Global Fund and Russia is quite peculiar.

The last agreement signed between the Global Fund and OHI was dated July 15, 2015 with an implementation period to run from July 1, 2015 through December 2017.

In October 2003, the Global Fund approved an application from a Russian consortium of non-profit organizations, led by the Open Health Institute, for funding of $88.7 million over a five-year span to combat the HIV epidemic in the Russian Federation. It was called the GLOBUS project. OHI’s specific focus was to reduce the spread of HIV among drug users, sex workers, gay men, and prisoners, while providing administration over the other NGOs. The funding continued for many years.

3) Why is the funding to Soros from the Global Fund so significant? For many reasons, but one reason is that George Soros’s organizations are the very groups who publish the health reports on The Global Fund. They create the narrative.

In 2017, the Health and Human Rights Journal published a piece titled, ‘Human Rights and the Global Fund to Fight AIDS, Tuberculosis and Malaria: How Does a Large Funder of Basic Health Services Meet the Challenge of Rights-Based Programs?’ Rest assured, this 14-page dissertation makes certain the Global Fund comes across as anything but a knight in shining armor to humanity. After all, Dr. Paul Farmer is the Editor in Chief of the Health and Human Rights Journal. Yes, the same Paul Farmer who runs the non-profit ‘Partners in Health’ with his co-founder Jim Yong Kim, former President of the World Bank. The same Partners in Health that operates out of Haiti and Africa in many joint ventures with the Clintons. Furthermore, George Soros’s Open Society Foundation is guiding the Global Fund with how to formally commit to human rights goals, such as “adopting strategic objectives on human rights and gender equality as part of the entity’s 2012–2016 strategy.”

In 2009, the Open Society Law and Health Initiative published a public health program titled ‘Human Rights and HIV/AIDS: Now More Than Ever: 10 reasons why human rights should occupy the center of the global aids struggle.’ It was endorsed by over 400 organizations and translated in 9 different languages. That same year, Open Society Foundations put out a press release titled, ‘Global Fund Adopts Strategy on Sexual Orientation and Gender Identity.’ That was ten years ago.

4) The Global Fund also funds Ukraine. What else is in Ukraine? George Soros. He owns the International Renaissance Foundation (IRF), which happens to be one of the largest charitable foundations in the Ukraine. Since 1990, it has supported 20,000 projects worth more than $200 million, to develop a democratic “open society.” In fact, in 2009 the IRF together with USAID and the German Society for Technical Cooperation (GTZ) co-financed writing of the proposal to the Global Fund on behalf of Ukraine, regarding a component tuberculosis for the 9th round.

The IRF has also awarded grants to Victor Pinchuk’s foundation and to Ukraine Crisis Media Center, which George Soros co-founded with the Ukraine government in 2014. Both may sound familiar, as Jeff Carlson of The Markets Work and Epoch Times has covered Victor Pinchuk extensively. Several sources covered the origins of the Trump-Russia collusion narrative and how it all began with the Ukraine Crisis Media Center.

Since 2003, the Global Fund has spent more than $500 million in the Ukraine, making it the largest international donor in fighting HIV/AIDS. 2017 was supposed to mark the last grant to Ukraine, but in an “unprecedented decision” by the Global Fund, they continued financing Ukraine with an additional $120 million grant until 2020.

Another interesting organization that George Soros is involved with in Ukraine, is the Ukrainian Strategy NGO which is made up of ten partners, with Soros’s International Renaissance Foundation being one of them. Interestingly, the President is Anatoliy Mykolayovych Pinchuk. A direct connection to Victor Pinchuck was unable to be made, but it is curious, and he most certainly has a fascinating background. Per their website, they state, “The main objective of the organization — conceptual developments, program and other documents’ development that contribute to the successful and efficient development of Ukraine, involvement of other NGOs and citizens, promotion of these proposals in the community and lobbying them. Among other priorities of the organization, there are promotion of the greater economic, legal, and financial education in Ukraine and synthesis of the global experience in the socio-economic and political development, promotion of the new approaches of the innovative development of Ukraine, etc.”

Beginning to see the circle – over and over again? Bill Gates, George Soros, Jim Yong Kim, Paul Farmer, Bill and Hillary Clinton – just to name a small handful. There are more. Gosh, these are the same folks that are working together in the Caribbean right now to take over the tourism industry while erecting solar farms on multiple islands along the drug and child trafficking transits. And of course, the Clintons and Bill Gates have also been very instrumental in the vaccine industry. And they ALL have significant dealings and connections across Africa. One wonders, with the Ebola crisis in the Congo, how are their citizens acquiring documentation and safe travel to the U.S. – showing up by the hundreds in San Antonio, Texas?

Journalist Urs Gehriger was recently in San Antonio trying to get answers from the Congolese migrants. When asked about how they got there or where the money came from to help them get there, they became aggressive and would not give him a direct answer. He had the impression that somebody told them not to speak about it. He spoke with one of the aide’s workers at a shelter, and he said that some of the migrants were sitting under the tree in front of the shelter, counting rolls of hundred-dollar bills. The migrants are also being handed a document by an NGO called RAICES, informing them that they shouldn’t trust ICE and not to tell them anything confidential.

Is it plausible to think that George Soros could be one of the orchestrators of this migration, if not the maestro himself? It’s more than plausible. Russia sees him as a threat to national security. Beijing and Hong Kong sent Soros packing. Macedonia launched Stop Operation Soros (SOS). JC Collins called for Canada to ban George Soros Foundations. Hungary submitted a legislative package called “Stop Soros” for his support of illegal immigration and other tactics. Soros moved his operations out of Hungary and into Berlin.

Why does the United States of America continue to allow George Soros to manipulate and alter the fabric of this country? 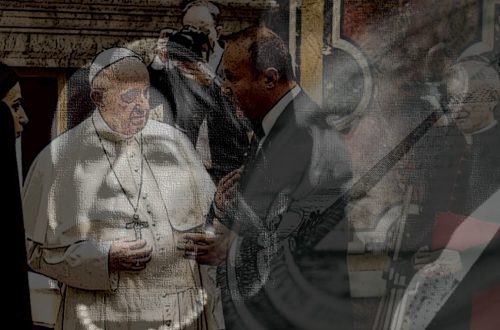 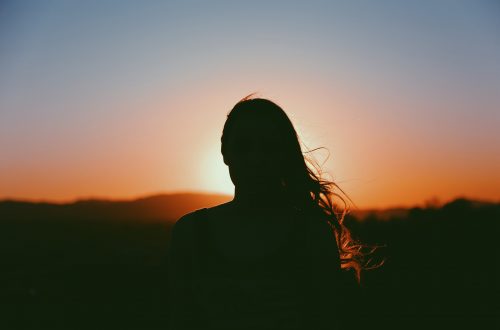 My Personal Experience with Covid-19 and Digging Up The Evidence, for Transparency 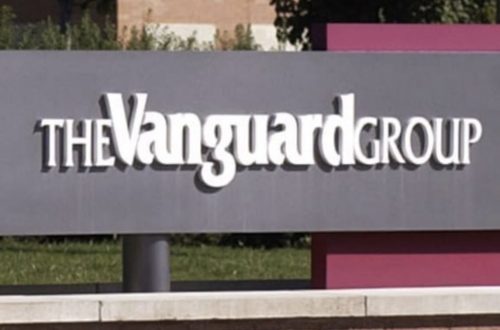 EXCLUSIVE: Over 500 Vanguard Employees Stand Together For Medical Freedom Against Covid Mandates