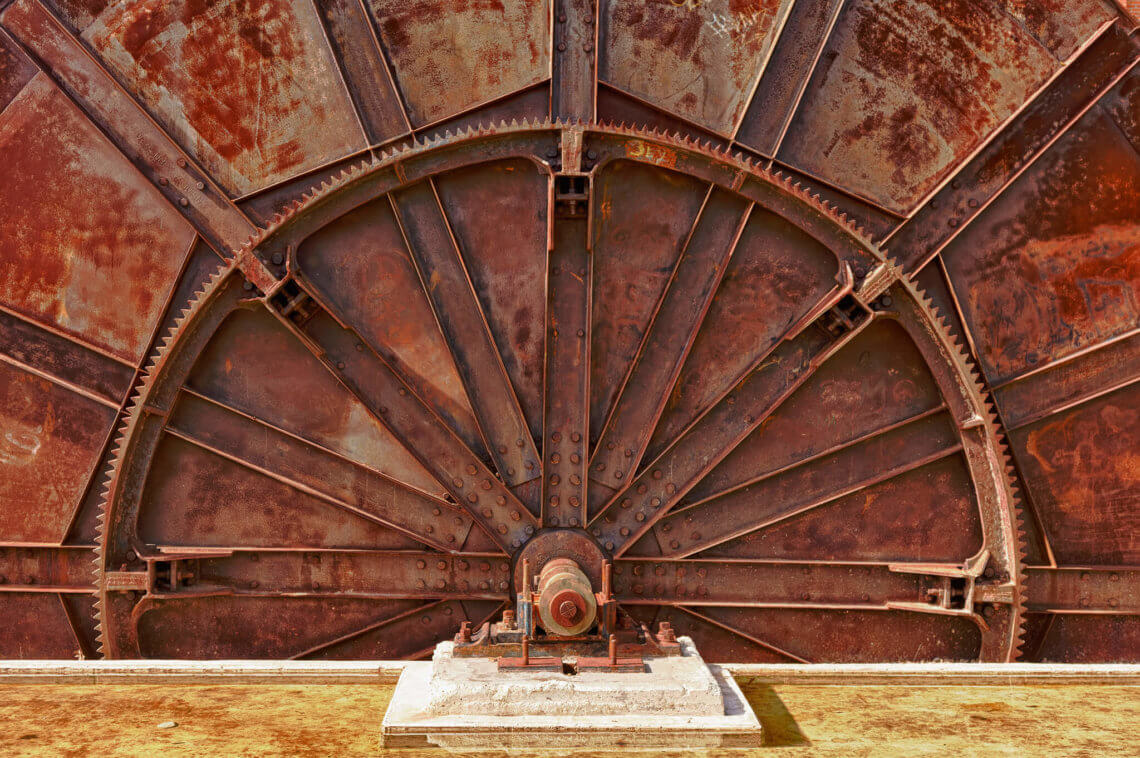 Make no mistake – all roads lead to the Clintons. Always. No matter how you try to slice it or dice it, they are central to every investigation, and the orchestrators of absolute corruption and oftentimes pure evil.

I encourage everyone to watch this 6 minute speech by President Trump during his campaign in October, 2016. Even if you have watched it before, pay very close attention at minute marker 2:15 where he states very clearly:

“The Clinton machine is at the center of this power structure.”

President Trump continues for a few more minutes detailing how connected and corrupt they are. Ultimately, all of the cogs in the Clinton wheel protect each other, for if one goes down, they all go down.

This investigation covers quite a bit. This is just one snippet from the recent 39-page report from the Office of Inspector General U.S. Department of Justice:

As detailed below, we found that in late October 2016, McCabe authorized Special Counsel and AD/OPA to discuss with Barrett issues related to the FBI’s Clinton Foundation investigation (CF Investigation). In particular, McCabe authorized Special Counsel and AD/OPA to disclose to Barrett the contents of a telephone call that had occurred on August 12, 2016, between McCabe and the then-Principal Associate Deputy Attorney General (“PADAG”). Among the purposes of the disclosure was to rebut a narrative that had been developing following a story in the WSJ on October 23, 2016, that questioned McCabe’s impartiality in overseeing FBI investigations involving former Secretary of State Hillary Clinton, and claimed that McCabe had ordered the termination of the CF Investigation due to Department of Justice pressure. The disclosure to the WSJ effectively confirmed the existence of the CF Investigation, which then-FBI Director Comey had previously refused to do. The account of the August 12 McCabe-PADAG call, and other information regarding the handling of the CF Investigation, was included in the October 30 WSJ article.

2) Investigation into the Clinton Foundation

The Justice Department has launched a new inquiry into whether the Clinton Foundation engaged in any pay-to-play politics or other illegal activities while Hillary Clinton served as secretary of State, law enforcement officials and a witness tells The Hill.

FBI agents from Little Rock, Ark., where the foundation was started, have taken the lead in the investigation and have interviewed at least one witness in the last month, and law enforcement officials said additional activities are expected in the coming weeks.

The Department of Justice Inspector General report on the “lack of candor” by FBI deputy Director Andrew McCabe also documents for the first time the Obama administration’s effort to shut down the bureau’s investigation of the Clinton Foundation, according to a review of the report by The Daily Caller News Foundation Investigative Group.

The inspector general (IG) confirmed in its long-awaited report released Friday that in 2016 the FBI had ongoing field investigations of the Clinton Foundation in New York, Los Angeles, Little Rock, Arkansas and Washington, D.C. The multi-city investigation was launched when agents found “suspicious activity” between a foreign donor and Clinton Foundation activity in the Los Angeles area, as TheDCNF reported in August 2016.

3) Investigation into Uranium One

This is a great Fox news clip from October, 2017 discussing the Uranium One case, a special informant, and Hillary Clinton’s connection.

In a report by The Hill: Grand jury indicts Maryland executive in Uranium One deal

“It now appears that despite pledges to the contrary, U.S. uranium made its way overseas as a part of the Uranium One deal,” Grassley said in the statement. “What’s more disturbing, those transactions were apparently made possible by various Obama Administration agencies while the Democrat-controlled Congress turned a blind eye.”

The latest escalation comes from a deadline imposed by House Republicans, with two committee chairs issuing a subpoena in March that expired on Thursday. Representatives Bob Goodlatte (R-VA) and Trey Gowdy (R-SC) asked the Justice Department for 1.2 million internal documents tied to a range of agency decisions in 2016, including the conclusion not to prosecute Hillary Clinton for using a private email server for State Department business.

Sessions named federal prosecutor John Huber to help the internal investigation but expressly rejected the idea of another special counsel in a letter to Congress.

Imran Awan, a once seemingly low-level, apolitical Capitol Hill IT worker who was arrested by the FBI while trying to fly to Pakistan, has retained as his lawyer a former aide to both Bill and Hillary Clinton who worked closely with and traveled with the couple.

Chris Gowen began his legal career in Miami-Dade, Florida, a county represented in part by Rep. Debbie Wasserman Schultz, who employed Imran and for months resisted firing him despite a criminal probe into what Politico described as “serious, potentially illegal, violations on the House IT network.”

Conservative Review — which first reported Gowen’s extensive Clinton connections Wednesday — said they also include work for the Clinton Foundation and its Clinton Global Initiative and the Clinton Health Access Initiative.

There are a lot of connections with the Clintons and the Clinton Foundation in this ongoing court case taking place right now. The next court date is scheduled for April 24, 2018.

“We have 27 investigations open today. We intend to get to the bottom of these leaks.”

Why are all of these leaks happening? Who controls the MSM and tries to control the narrative? Everyone is covering for one another on all of these other investigations blowing wide open in order to cover the big guns at the top, i.e., Barack Obama and Hillary Clinton.

“Secretary Clinton has been a steadfast champion her whole career — fighting to not only protect but also expand access to reproductive health care across the country and the world. As her decades-long legislative and advocacy record shows, she has made access to health care a driving issue throughout her political career. There is no greater champion.”

Letter from VP of Public Policy and Advocacy, Planned Parenthood Federation of America to Secretary of State Hillary Clinton

Secretary Clinton — I understand you are going to Kenya next week and while I know the trip is primarily focused on trade issues, I wanted to flag an issue for you because I know it is near and dear to your heart.

9) Investigation into the Russian Dossier

Nunes wrote that the committee is “extremely concerned by indications that top U.S. Government officials who were investigating a presidential campaign relied on unverified information that was funded by the opposing political campaign and was based on Russian sources.”

This is a reference to the dossier’s funding from the Democratic National Committee and Clinton campaign. Opposition research firm Fusion GPS hired former British spy Christopher Steele to compile the document, which contained salacious allegations about Trump.

The Committee to Defend the President (CDP), a political action committee formally known as Stop Hillary PAC, filed its complaint with the FEC in December 2017 with the claims that the Hillary Victory Fund (HVF) solicited cash from big-name donors, and allegedly sent that money through state chapters and back to the DNC before ending up with the Clinton campaign. As first reported by Fox News at the time, the CDP alleges in its complaint that about $84 million was funneled illegally from the DNC through state party chapters and back into the war chest of the Clinton campaign. The political action committee claims that even though the FEC acknowledged receipt of the complaint and claimed that an investigation would be conducted, the needle has barely moved.

“The Clinton machine has escaped accountability for its illegal practices for far too long,” Ted Harvey, CDP chairman, said to Fox News. “After months of review, the FEC has refused to address the Clintons’ $84 million money laundering scheme that violated several campaign finance laws.”

On Monday the CDP filed a lawsuit against the FEC with the U.S. District Court for the District of Columbia. They claim that the commission failed to act, calling the inaction “arbitrary, capricious, contrary to law, and an abuse of discretion.”

“A provision of federal campaign finance law requires that any Commission action on an enforcement matter be kept strictly confidential until the case is resolved,” reads an FEC statement provided to Fox News. “To comply with this legal commitment and to protect the interests of those involved, we have a policy of not commenting on matters that are before the agency.”

The U.S. Justice Department has set up a team to investigate individuals and organizations providing support to Hezbollah, the Iran-backed Islamist group in Lebanon that the U.S. has branded a terrorist organization, Attorney General Jeff Sessions said on Thursday.

Sessions said the Justice Department will assemble leading investigators and prosecutors for the Hezbollah Financing and Narcoterrorism Team to ensure all investigations under the DEA program, called Project Cassandra, will be completed.

“The Justice Department will leave no stone unturned in order to eliminate threats to our citizens from terrorist organizations and to stem the tide of the devastating drug crisis,” Sessions said.

Backstory on Hezbollah by Politico:

In its determination to secure a nuclear deal with Iran, the Obama administration derailed an ambitious law enforcement campaign targeting drug trafficking by the Iranian-backed terrorist group Hezbollah, even as it was funneling cocaine into the United States, according to a POLITICO investigation.

“Right now, we have 50 FBI agents not doing anything because they know their Iran cases aren’t going anywhere” — Jack Kelly on what a Justice Department official told him about the chilling effect of Obama’s rapprochement with Iran.

DEA officials weren’t included in the Justice and FBI news conference on the assassination plot, and claim it was because the Obama White House wanted to downplay the drug-terror connection. 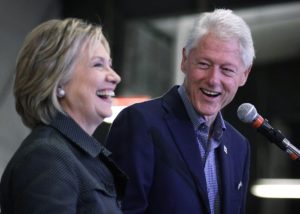 If it’s not obvious by now, all roads lead to the Clintons. The Clinton machine is at the center of this power structure. It is pertinent to keep this in mind when digging into investigations, while reviewing all connections and all potential angles. They are the center point of the map and they weren’t terribly savvy at covering their trail because they never thought she would lose.  It’s a large web, but I will be breaking some of this down in subsequent articles. Stay tuned.

THEY NEVER THOUGHT SHE WOULD LOSE. 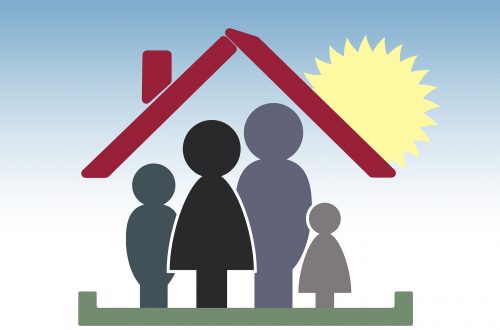 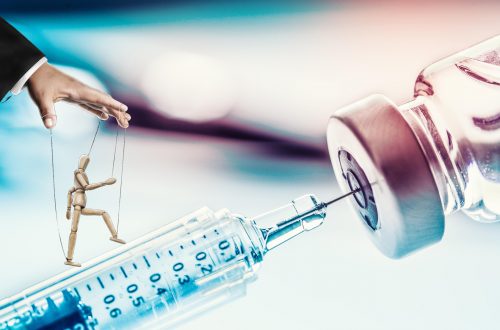 Vax Zealots Try to Put Their Message in A Bottle 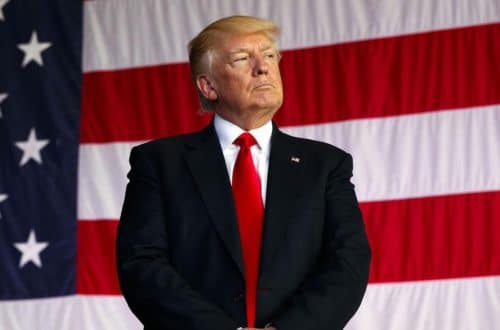