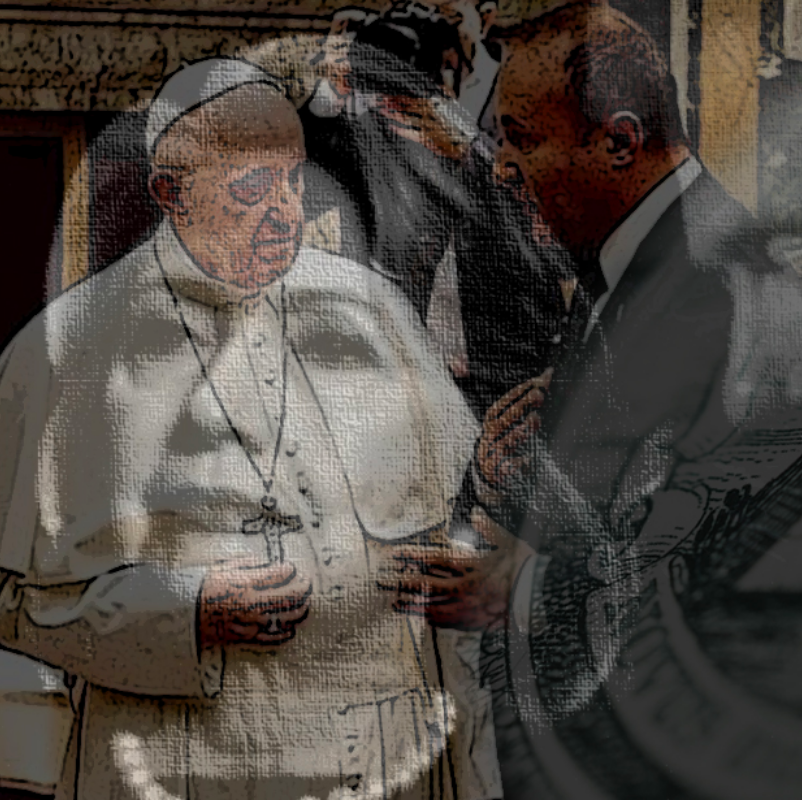 Welcome to the jungle of elites, criminals, and Pope Francis who all seem to have their eyes set on South Africa, while Russia and China run naval drills off the coast. It’s an interesting intersection of events and individuals. What’s more interesting is the timetable of recently indicted George Nader and Andy Khawaja, along with the Clintons and Pope Francis, that leads to the United Arab Emirates (UAE), who also have a big interest in South Africa.

With the recent African proverb spoken by Pope Francis, mixed in with cryptic messages of a “new humanism,” he is “reinventing” in a global pact, highlighted by Hillary Clinton’s similar African proverb used in her book “it takes a village,” one wonders what plans are underway in Africa? One also wonders what was really brokered when the Pope visited the UAE earlier this year, as the first ever pontiff to travel to the Arab peninsula. While Bill & Melinda Gates strutted the streets of Cape Town where Richard Branson’s business recently sprung branches, Meghan and Harry took a 10-day tour. Even twitter Jack is making a move to Africa to expand on twitter and other technology ventures.