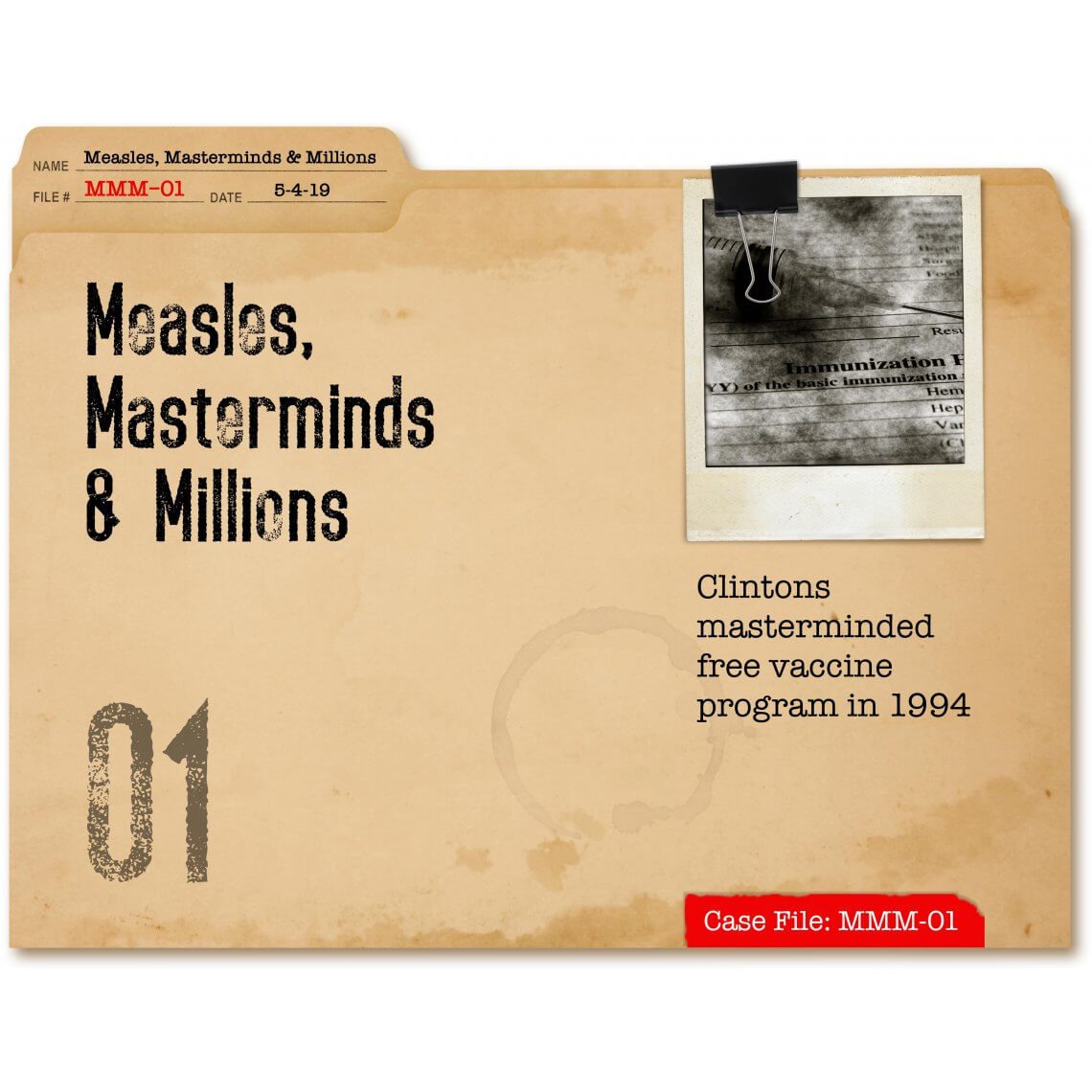 The Clintons masterminded the mandatory free Vaccines for Children program back in 1994 – paid for by taxpayers – while pocketing hundreds of thousands of dollars from vaccine manufacturers over the years. While the MMR vaccine is dished out like candy over the “measles outbreak,” and the exclusive manufacturer Merck has increased revenues by 27% to $496 million, the media is pimping out doctored baby photos to create panic and claiming the “outbreak” is the fault of anti-vaxxers, as the CDC inflates numbers (again). Learn the facts behind the Measles, Masterminds & Millions in this 6-part series, including how the vaccine industry operates, who’s in control, and how the vaccine compensation program has paid out $4.2 billion in injury and death claims since 1988.